That annual day has arrived! 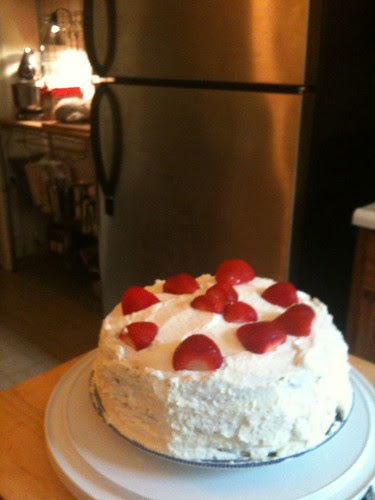 The delicious strawberry shortcake C made for my birthday! 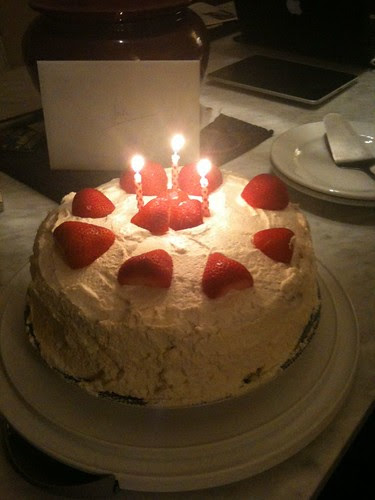 The cake, with candles Me blowing out the candles!

For my birthday I was trying to think of touristy places I'd never visited or things I'd never done (up to a reasonable point, of course) in New York City, and realized that I had done most of the things that would come to mind. I've visited all five boroughs, ridden every subway line, been to City Island, Coney Island, Liberty Island, Ellis Island (which is in New Jersey, of course), and the various beaches, to the two stadiums (the old ones, not the new ones, yet), watched several matches at the National Tennis Center, seen exhibits all the major museums and many of the art galleries, attended many a Broadway, Off-Broadway and Off-Off Broadway play, musical and art performance, viewed the City from the Empire State Building and even from the now-gone World Trade Center's observation floor, and I'd even seen (last year!) a dance performance on the site of the former Fresh Kills Land Fill in Staten Island, which meant taking the Staten Island Ferry, always a delight (it's free!) and on and on, but I realized that one thing I've never done is ride the Roosevelt Island Tramway.

Since childhood I've seen it in many a film, had classmates in grad school who took it regularly to teach in the poetry program at Goldwater Hospital, and have wanted to ride it, though I have to admit desire curdled a bit into dread not only after 9/11 but when the tram got stuck in the fall of 2005, and then again in the spring of 2006.  The last place I want to be is suspended for hours, with little reprieve or answers, above the East River. The tram, however, was completely renovated last year, and has been operating quite smoothly, so I thought, why not try it today?  And I did! It's a brief ride, no more than 4 minutes or so--thankfully!--at about 18 mph, so it's almost over before it begins, but when it ascends to its apex, about 250 ft above the East River, with the Queensborough Bridge  to the south and Roosevelt Island and in the distance Queens far below, it feels as if you're climbing into the clouds, and exhilaration mixes with terror--perhaps sublimity is too strong a word--and even time slows, if only for a few minutes.

I actually did feel a bit of nerves as we powered towards the top of the highest tower, but taking photographs brought instant relief.  Seeing and walking around Roosevelt Island was also enjoyable, and the views of the east side of Manhattan outdo any postcard.  Below are some of my snapshots. The view of the East River must be experienced live, so if you're in New York and have a half-hour or so (the coming, the going, etc.), it's only $2.25 or a standard MetroCard ride. Soar away! 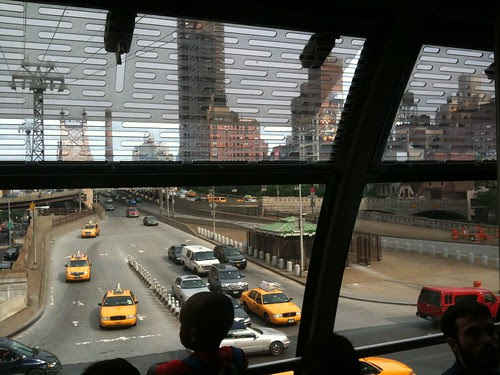 Before the Roosevelt Island tram leaves 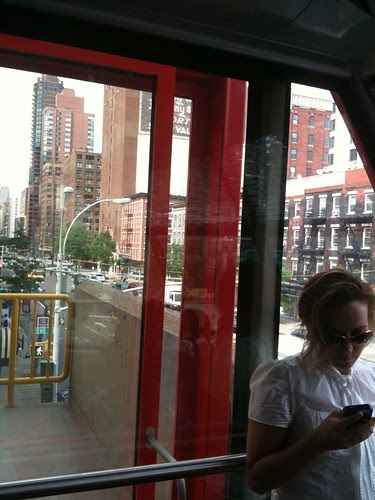 Waiting for the tram to depart 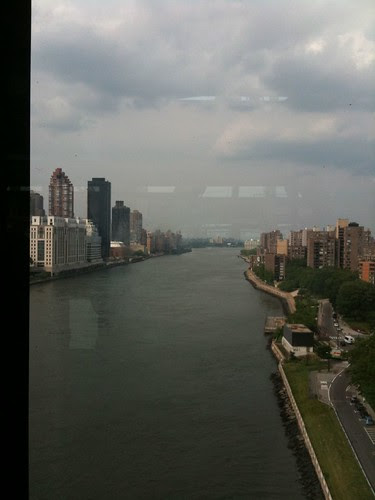 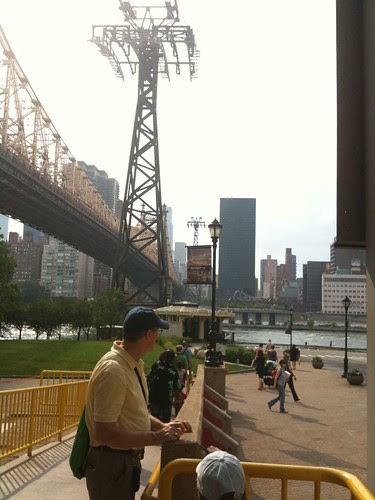 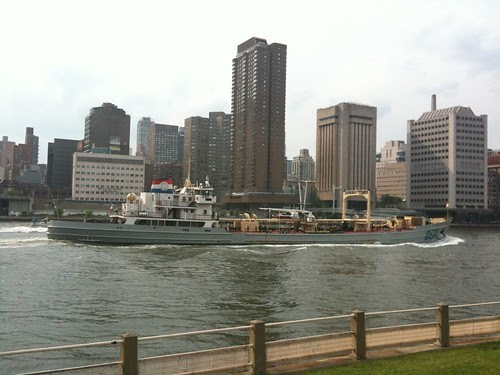 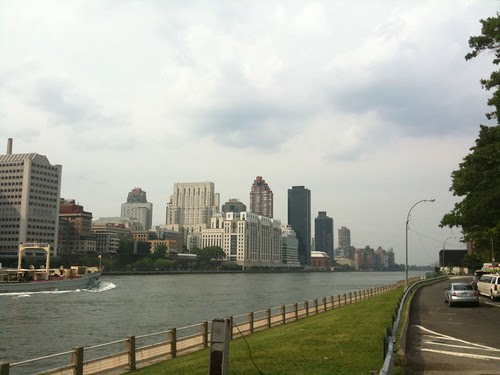 Looking north, to the Upper West Side, from Roosevelt Island 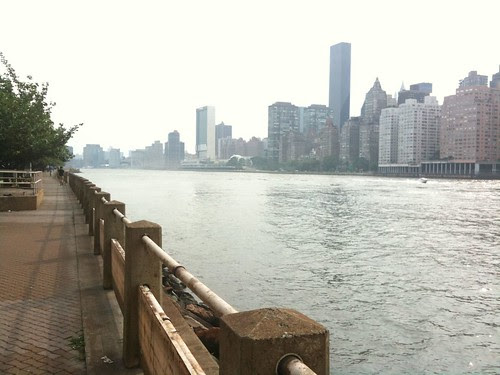 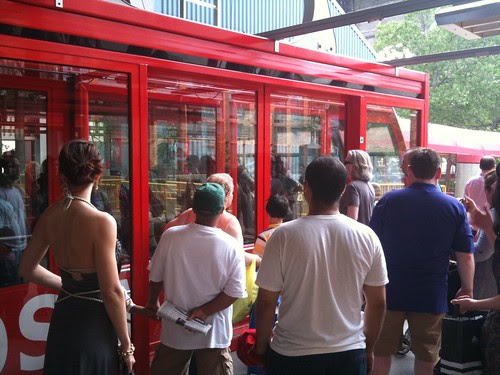 Boarding the tram on Roosevelt Avenue 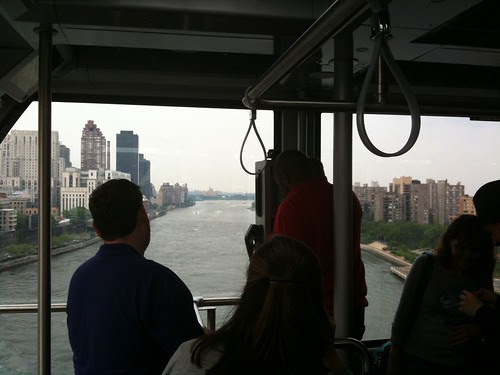 The East River from the tram 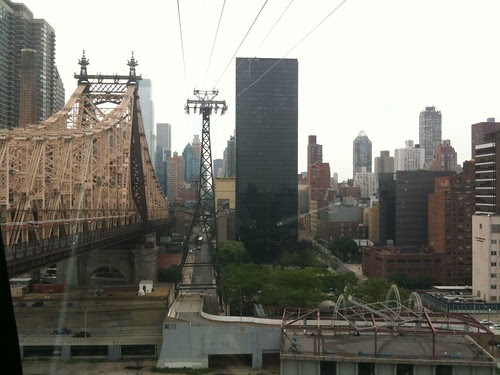 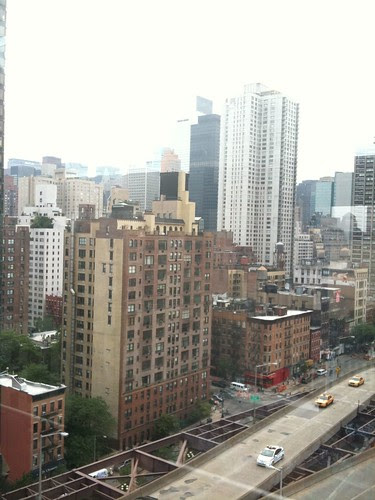 The east side of Manhattan 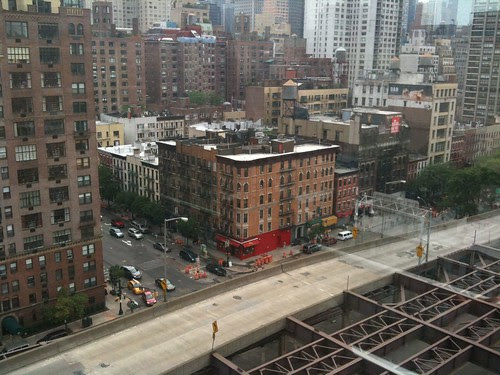 Queensborough Bridge on-ramp and the east side of Manhattan 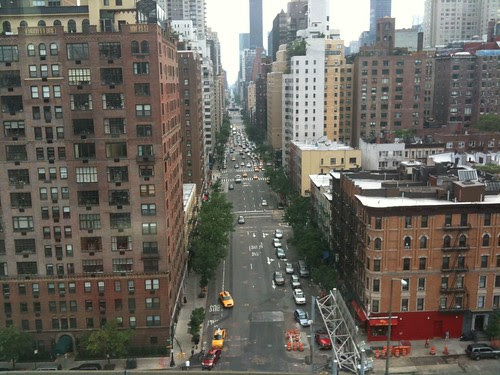 York Avenue, seen from the tram 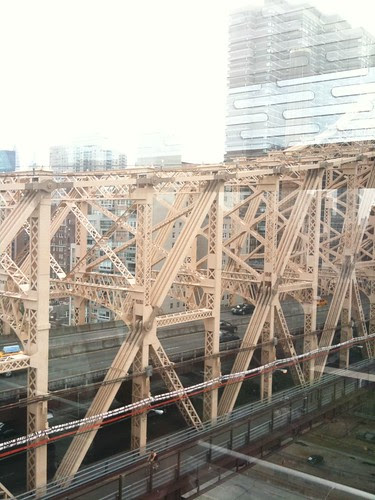 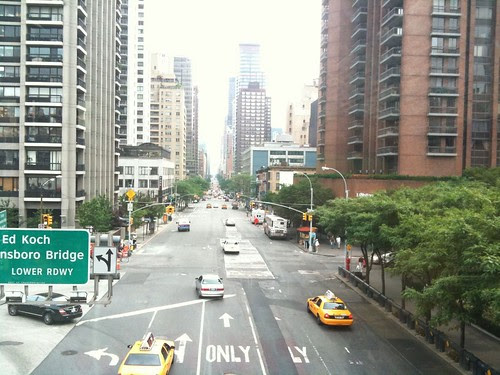