A lovely moment yesterday: Major League Baseball Atlanta Braves baseball player Ozzie Albies, from Curaçao, was captured on film tenderly comforting his best friend and teammate Ronald Acuña Jr., from Venezuela, during a game against the Los Angeles Dodgers. Albies, 21, a 1st and 2nd baseman, is in his first full season at the Major League level, with the Braves, and is batting .278 with 20 home runs. Acuña Jr., a right-handed batting and throwing left field, is also playing his first full MLB season, with Atlanta, and is batting .268 with 11 home runs and 28 RBIs.

Initial social media comments suggested that Albies was consoling his friend after the passing of Acuña's mother, but subsequent reports now state that Acuña mother is still alive. The video provoked some backlash, including predictable outbursts of gay panic and homophobia. Whatever the reasons behind the gesture, it something we rarely see in sports, and thus beautiful and remarkable. It also underlines that there are other ways of expressing friendship, love and comfort between men that counter the norms of rigid, fragile and toxic masculinities. It's also noteworthy and significant, I think, that both of these men are of African descent. May they and their careers flourish!

Following up on my post of 2018 photos from mid-June, here are few more recent photos from the last few months. Enjoy! 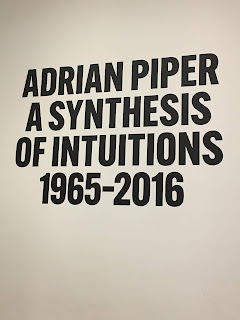 In lieu of a review of Adrian M. S. Piper's (1948-) remarkable show at MoMA this summer, which I made sure not to miss, I am posting some images from it--with random bits of text--images of the artworks that I wanted to sit with, to think with, to puzzle over, to pore through, to question and listen to, to learn from, to emulate--for, as I was again made aware by this show, one of a series by Piper that I have seen, I always gain something new when I engage with her mode and networks of thought and practice, and I realize that she was ahead of the curve not just in terms of her fusion of philosophy and artmaking, but of conceptual theorization and practice, critical intersectional gender and race studies in and as art, and multimedia and multimodal performance.

As was the case at the last Piper show I attended--I want to say at the New Museum, in its old haunt, before it moved to the glitzy new stacked, box building it now occupies on the gentrfied Bowery--I walked slowly, taking (lots of notes), this time with perhaps just as many if not more photographs--did I even have a camera phone back then, because I surely wasn't carrying the digital camera I had, or my 35 mm one--and allowed myself at times to be comfortable with not knowing, not fully understanding, while also recognizing various moments of connection and relation. The effects of opacity are one of the great pleasures of complex art. One thing that Piper's art said then and now was that it was going to make me do some work, that it was not going to be easy, that the result would be knowledge, but also joy, and a kind of pleasure that only such work would provide.

As a black viewer, there was and remains the added benefit of the deeper dimensions of Piper's art; even if my experience was the same as hers, I still could see what lay behind, below, above, around it, its fugitivity, to use Fred Moten's term, in not so plain sight. One anecdote brings this home: as I stood looking a series of framed birth certificates (or something along those lines), a white father and son approached the pieces as well. I'd already leaned in close to read them, and was standing off to the side, writing in my notebook, as they did so. The son, spotting a word on one of the certificates, asked the father, "What is an 'octoroon'?" The father turned to him and said, "Hmm. I don't know." A few beats passed, and I said, "It means one-eighth black." I did not explain, or say any more. The father answered, "Ohhhhh, OK. OK. I get, the 'octo'-'. Right." He didn't thank me, nor did the child look over at who'd opened a new window for him at the exhibit, which was fine. But that word would probably sit with them, as would the manner in which they learned its meaning, just as I realized how much--and at times how little--I had a guide in my head to what Piper was up to. 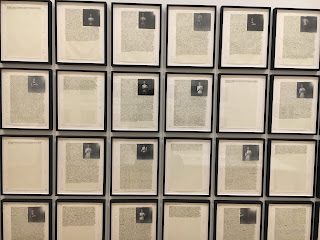 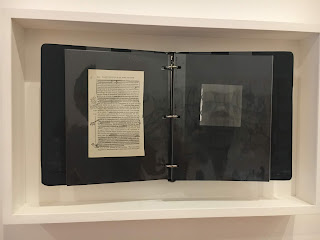 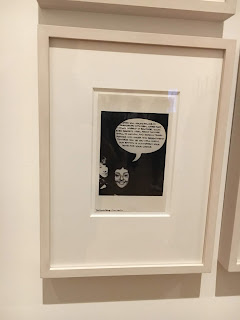 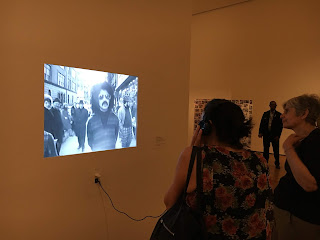 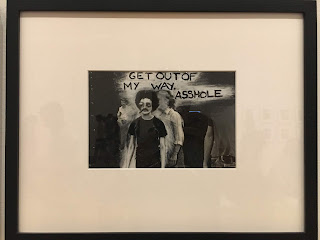 "Get out of my way, asshole" 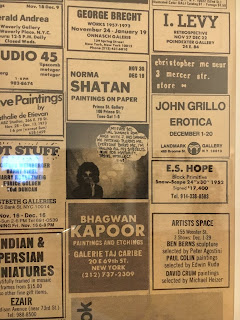 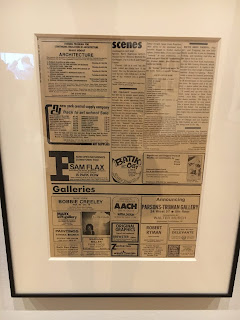 "I am the locus of consciousness" - Nietzschean figure 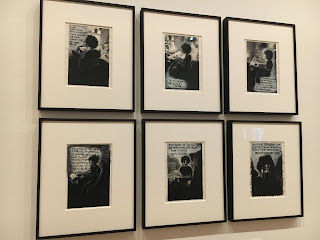 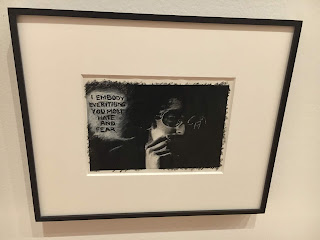 "I Embody Everything You Most Hate and Fear," 1975 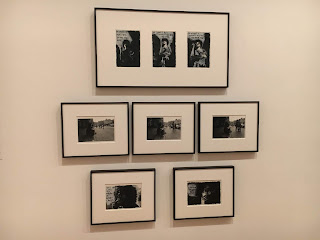 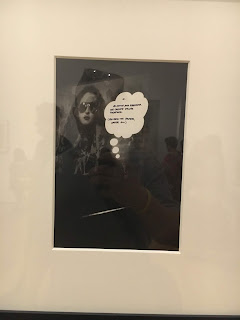 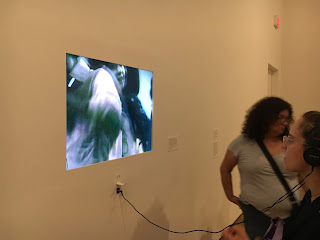 "Aspects of the liberal dilemma" 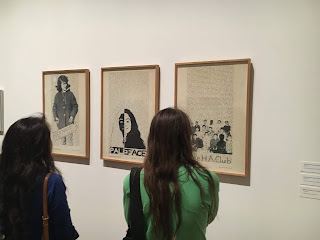 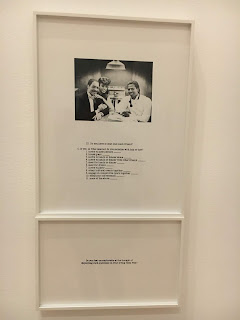 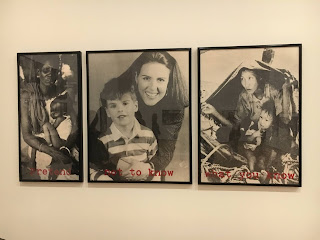 Time to know (or know that you don't and should): 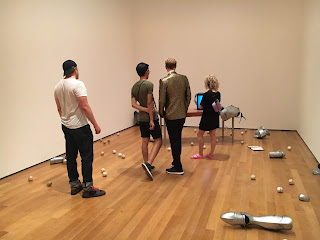 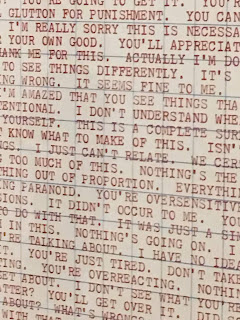 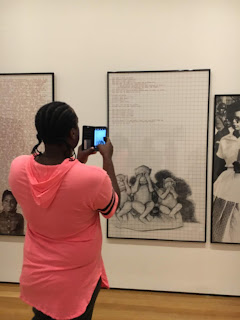 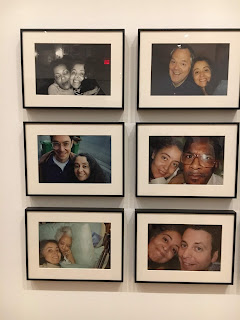 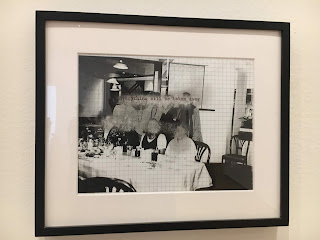 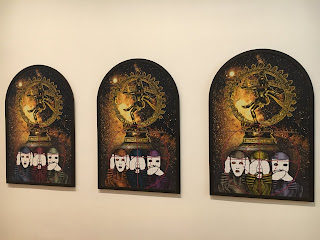 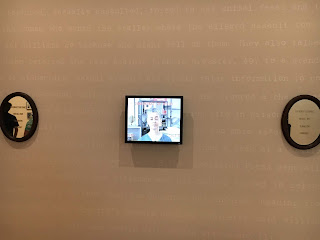 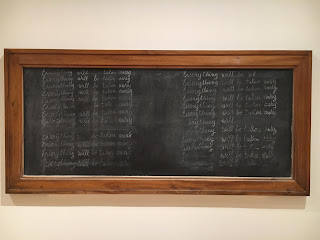 Repeat: "Everything will be taken away" 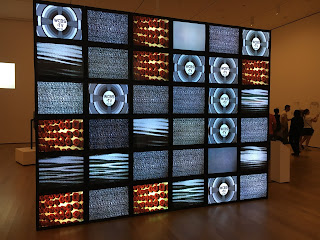 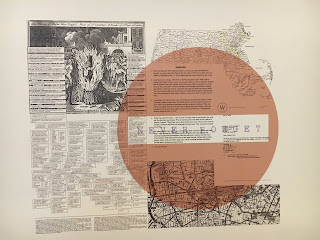