First Reviews Are (Coming) In for Punks

Punks has been out roughly two and a half weeks, but it has begun to receive some very good, thoughtful reviews. They include 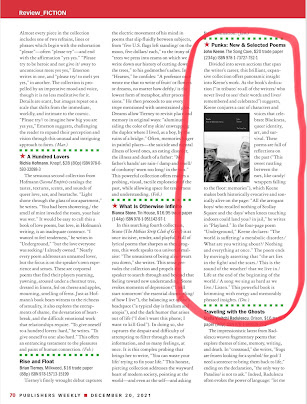 If you had asked me back in January or June what I thought might be the response, I'd probably have said I'd be happy if it sold through the first printing. This isn't false modesty but my earnest acknowledgement of the (years') long and arduous process it took for this book to make it into print. As it also turns out, however, it is Small Press Distributor's BEST SELLER for the month of November! Many thanks to all of the publications, reviewers and readers so far! 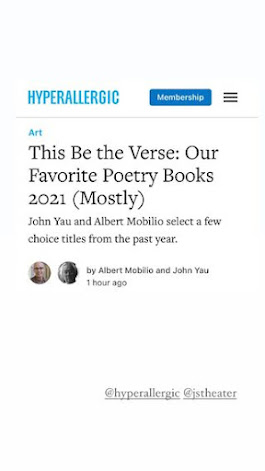 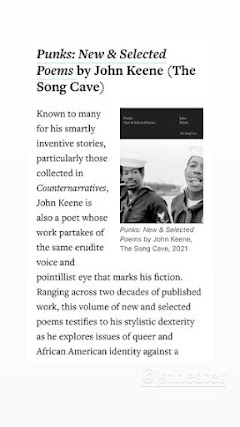 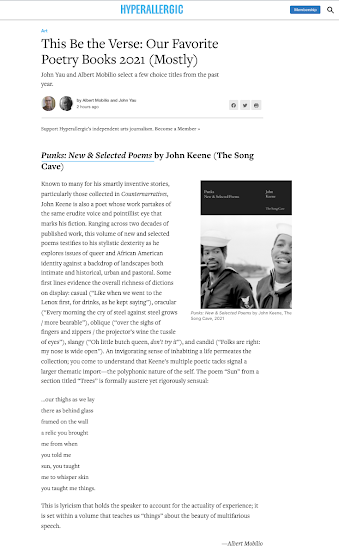 Please consider purchasing a copy ($20), from The Song Cave (it ships internationally too) or other retailers, and do recommend it to others if you think they might be interested and ask your local bookstores and libraries to order copies if you can! 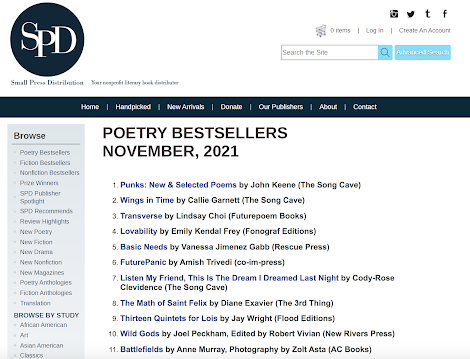 It's official! Punks, my new book of poems is officially in the world! You can order a copy directly from my publisher The Song Cave, via Small Press Distributors, and from bookstores (such as Barnes & Noble to Powells.com, etc., as well as the behemoth) around the country!

This collection, which includes a selection of collaborative poems with the late poet Cynthia Gray, experienced many false starts over the years on the way to publication, but once I connected with The Song Cave editors, talented poets in their own right Alan Felsenthal and Ben Estes, Punks was on the road to publication!

Please consider ordering a copy or at least urging your local bookstores--very important to support them--and your local libraries to order copies if you can. If copies are in bookstores people will see them and consider buying them and if libraries purchase them far more people have the opportunity to read them!

Many thanks to everyone who helped me and this book along the way, and enjoy! 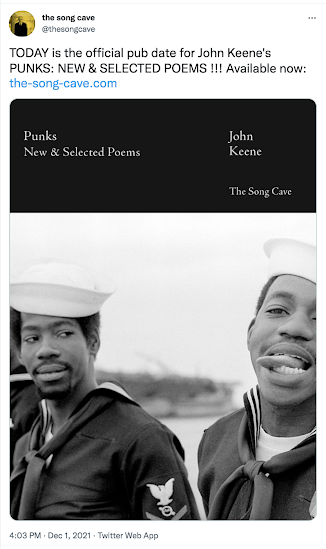 I haven't blogged much this year, for a variety of reasons, but I did want to post a brief item about this year's Nobel Laureate in Literature, Abdulrazak Gurnah. A native of Zanzibar (now a constituent part of Tanzania) who emigrated to the UK in his teens, Gurnah (1948-) is a fiction writer, critic and emeritus professor of English and Postcolonial Literatures at the University of Kent. The Swedish Academy praised Gurnah for his "for his uncompromising and compassionate penetration of the effects of colonialism and the fates of the refugee in the gulf between cultures and continents," which is an excellent and concisely encompassing description of Gurnah's short fiction and ten novels, which include his debut, Memory of Departure (1987), the highly acclaimed Paradise (1994), By the Sea, which was listed for the Booker Prize and the Los Angeles Book Prize), Desertion (2005), and his most recent, Afterlives (2020).

In being named Nobel Laureate last week Gurnah becomes the first Black Nobelist in Literature of the 21st century, the Black literature prize winner first since Toni Morrison in 1993, and only the sixth African writer over all to receive the Literature Prize. He also is the first ever native of what is now Tanzania to receive a Nobel Prize. Congratulations, Abdulrazak Gurnah!

As some J's Theater readers may recall, in the lead-up to each year's Nobel Prize in Literature I used to post my thoughts, speculations, critiques, etc., but after the award to Bob Dylan back in 2016 and the scandals that led to the temporary cessation of the award a few years later, I thought to myself, why bother? Clearly the Academy, which was and perhaps still riven by internal issues, remains Eurocentric in its outlook, has made some dodgy selections in recent years (cf. the last two laureates (2019 and 2020)), is determined to go its own route, whatever the damage the public's feelings about its legitimacy and judgment.

The Gurnah choice seems like a very good decision on the merits and in light of the recent flubs, and while there are numerous other figures, not least Ngugi wa Thiong'o, whom I might have selected first, I believe Gurnah is an important and vital writer and critic--one of the greatest of his generation--and gilds the Nobel Prize with his receipt of this international honor.

All Africa: Tanzania: Nobel Prize Winner Abdulrazak Gurnah: An Introduction to the Man and his Writing

The Standard: Gurnah's win of the Nobel Prize raises hope for African writers 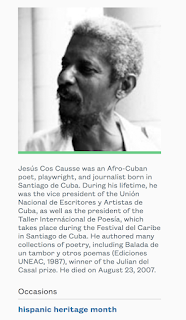 Today, thanks to poet, translator and critic Rosa Alcalá, who curated the poems appearing on The Academy of American Poets' September "Poem-a-Day" roster, you can read my translation of the late and truly great Afro-Cuban poet Jesús Cos Causse's poem "Mirando Fotos," or "Looking at Photos."

I will say as little as possible here, beyond thanking Rosa, as well as Kristin Dykstra, Herbert Rogers and Prof. Jerome Branche, who were invaluable in helping me get in touch with Cos Causse's son Camilo, who provided permission to run the translation, and to MR Daniel, who sent me the poem many years ago (2007), and which I posted on this blog.

It took me 14 years but finally, here is the translation, with short notes about the poem itself and about Cos Causse, as well as me reading it in both English and Spanish (forgive me, Spanish speakers).

You can find all of this at the link above or here. 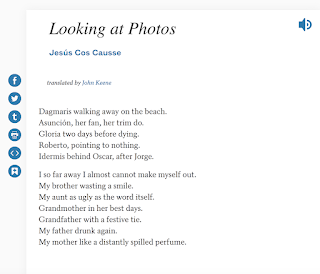 May this year bring us all much better tidings than the relentless, Covid-19-ridden horrorshow of 2020! Health, prosperity, healing, hope, love & real change!