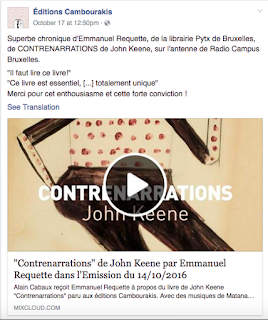 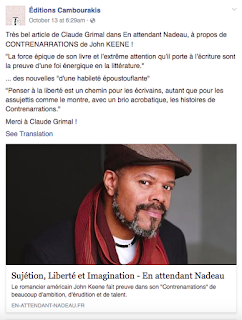 There were some bright spots in yesterday's election, however: The US Senate will now have the most women of color in its history, with the election of Kamala Harris (CA), Tammy Duckworth (IL), and Catherine Cortez Masto (NV) joining Mazie Hirono (HI), all of whom are progressive Democrats. Also, the Democrat Maggie Hassan eked out a win for the New Hampshire Senate seat, so the Democrats will have 48 votes (46 + Bernie Sanders and Angus King), meaning they'll be able to provide some semblance of a check on Trump, McConnell and Ryan. I'm holding on to this, and to the knowledge that we won't give up, because we cannot, and will keep fighting for a better future for all of us. That's what my ancestors did, what my parents did, and that's what we must do.
Posted by John K at 4:05 PM No comments: