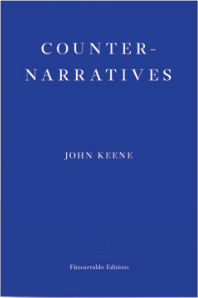 Roughly 7 months have passed since Counternarratives appeared on bookshelves, though at times they feel like a year or more. Along the way, the collection, which has received strong reviews--only one, however, in a major daily newspaper, The Wall Street Journal (thank you, WSJ!)--also has made its way onto various "Best of 2015" lists, for which I am deeply grateful, not least because it is challenging book both aesthetically and perhaps even more so in its themes and ideas.

I want to offer my sincerest thanks to all of the book's readers and gifters, its reviewers, and its champions, who have promoted it at bookstores, in their classrooms, to friends and family members, and as one of their top selections for the year. (Thanks also to the reviewers who have written to say that reviews are forthcoming, too, in 2016!)

As a result of the books' sales, New Directions will be issuing a paperback version in 2016, which is already online at Barnes & Noble and Amazon for pre-order, though you can also urge your local bookstore to order it as well. An independent British publisher, Fitzcarraldo Editions, has purchased the rights for the UK, so it will appear there under that imprint, in a cobalt blue cover, in 2016. Their small but glittering backlist includes books by my brilliant former colleague Eula Biss, philosopher Simon Critchley, Chilean author Alejandro Zambra, and the scholar and writer Mathias Énard, winner of the 2015 Prix Goncourt.

Among the most recent "Best of Lists" the book has been fortunate to grace include:


Again, to all these publications, many of the small, independent and online, and to all the booksellers, editors and reviewers who have offered praise and support, I send my deepest thanks always!

Although I have been blogging for a decade now and though some prior blog posts have been cited (including, as one of my former colleagues noted with dismay, because I was and am not an expert in the field, in a dissertation on dance!), this December marks the first time that a blog post of mine has received a public honor of any sort.

What am I talking about? In addition to shining the best light on Counternarratives, Flavorwire's Jonathon Sturgeon also selected my blog post (later republished in Atticus Review) "On Vanessa Place, Gone With the Wind, and the Limit Point of Certain Conceptual Aesthetics" for that site's "Best Literary Criticism of 2015."

Thanks again to Mr. Sturgeon and Flavorwire, and thanks also to the more than 11,000 readers who've read and forwarded the post!
Posted by John K at 3:15 PM No comments: 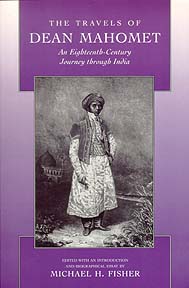 It's nearly January, which is another way of saying that the fall semester has raced past and is now over. In addition to marking my return from my spring sabbatical, this term also included my first stint as full-time chair of African American and African Studies. At the same time, as I've chronicled to some extent here, these last few months have also included a mini-book tour, which encompassed stops on both coasts. The combination--and pace--of the teaching, administration and travel has worn me out, so I'm truly grateful for the holiday break, though as I was able to share during the final course meeting with my students in "Foundations of Literary Study," the undergraduate course I taught this fall, no matter how tired I felt on the Monday following my trips or reading through a stack of papers, I experienced a surge of exhilaration once I entered the classroom. I also had the benefit of an exceptional teaching assistant, award-winning writer Drew Ciccolo, who graduated from Rutgers-Newark's MFA program and is currently pursuing his Ph.D. in American Studies at the university. To Drew, a million thanks many times over!

Although I'd taught this course once before, in the fall of 2013, I decided to update it with some new works and slightly modify my approach, using post-colonialism as our underlying theoretical approach, since it struck me as salient in light of contemporary national and global events. We looked at five genres, in the following order: creative and critical nonfiction; poetry; drama; fiction; and graphic novels. Among the new works I added were Akhil Sharma's acclaimed novel Family Life, poems by Mónica de la Torre, Monica Ong, and Edward Baugh (who read on campus this fall), and stories by Ernest Hemingway, James Joyce, Toni Cade Bambara, and Jaquira Díaz. I also retained components that had worked before, like the transcription-and-commentary exercise involving Emily Dickinson's texts online at the Boston Public Library's Flickr page, Shakespeare's sonnets as our introduction to the poetry unit, and Elizabeth Bishop's "One Art" to teach the fixed form of the villanelle, but added a new exercise, involving use of Google's n-gram tool, as a way of exploring the field and practice of distant reading. For a change I threw in a few pop quizzes, the first of which appeared to serve as a spur for some in the class to read a bit further in the assigned longer works than they had been.

What worked particularly well was the requirement of multiple short papers (7 in total) and research and creative exercises (4) in building up my students' critical and literary skills. The two-stage final, in which they submitted half their final papers to me in order to ensure that their arguments were on track, also worked well. For those students who failed to submit the first half of their papers, however, the results were less positive. Nevertheless, many of the final papers did show some evident improvement in some way over their authors' initial submissions in the course's early weeks, and even in those cases where the technical aspects of the writing were still shaky, I could at least perceive an improved sense of confidence in argumentation.

To conclude the class I decided to try something new this time. Since I was teaching an intro to literary studies course for English majors, I held a book raffle of extra copies of wonderful books on my office shelf, with everyone picking a number attached to a book, and then calling out the numbers, with each student receiving a book. Since some did not show up, I allowed everyone who'd gotten a book to exchange it at the end of class. A few did, and they snapped every single poetry text (by Van Jordan, Tyehimba Jess, Allen Ginsberg, Kristiana Rae Colón, etc.), along with fiction books by Junot Díaz, Michael Lukas, and others. Sadly, no one appeared to want the volumes by Raymond Carver or Ray Bradbury!

I also asked the students to write a letter to future students, detailing what they found useful in the course and what they would change or wanted more of. (I'd just seen someone else suggest this.) I was curious to see their assessments, in order to incorporate them into future iterations of this class.
Among the comments: "I would like a bigger selection of poetry only because I love poetry and diving into poetic devices and how they're used in other forms of literature (or vice versa)." And: "I started [to] love authors like Junior Díaz and I loved reading the Shakespeare play and I wish we could have studied more on those authors, but then I would have never learned what a travel narrative is or even given a chance to graphic novels that are not comic books. Odd assignment like the Emily Dickinson [manuscript] decipherment was brilliant." And: "Thankfully we do not only read white, male, cis, heterosexual authors!" And: "Side effects may include: interest in literary research; improved writing; appreciation/admiration for what at first seemed boring; drowsiness/fascination by Roland Barthes' theory regarding 'The Death of the Author'...."

And now, it's just a matter of entering those final grades!
Posted by John K at 2:00 PM No comments: