Subversion, a particular form of resistance, can take many forms. Freewayblogger.com's is pretty ingenious and worthwhile, recognizing our national dependence upon cars and roadways, especially highways, and using them as a means to promote dissenting, dissonant, truthful speech.

The site contains several pages of great images, links to similar sites, a cursory examination of the legality of the signage, a blog, an archive, and pointers on other suggested activity, all of which fall under the rubric, which we can never take for granted, especially not in contemporary America, of promoting and exercising our Constitutional right to "free" speech. 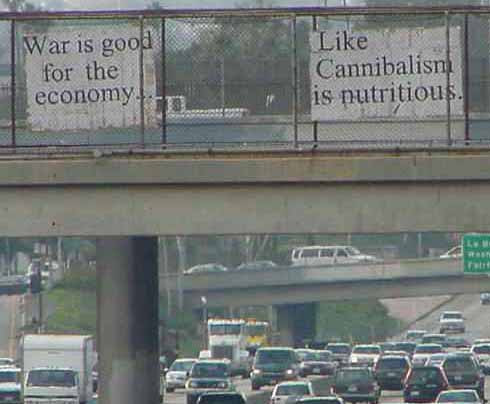