To those who celebrate the Holy Day of Easter, holiday blessings.

Today's poem derives directly from the daily poetry projects I suggest on the Harriet_Poetry twitter feed. Tonight's was an "erasure poem," based on a form that poets such as Tom Phillips, with his remarkable 1980-20?? art book/work A Humument, a visual and textual refashioning (still underway) of a forgotten 19th century novel by W. H. Mallock; The Human Document; Jen Bervin's Nets (stripping Shakespeare's sonnets "bare to the nets"); Janet Holmes's The MS of M Y Kin (drawn from Emily Dickinson's 1861-1862 Civil War era poems), and Ronald Johnson's 1977 volume Radi Os (drawing, literally, on the source text of John Milton's Paradise Lost).  Wave Books has even made the process digital, providing source texts and then posting the altered projects.  One way of viewing this sort of repurposing and appropriation is another form of détournement, as the Situationists defined it, though to quite different purposes; another is as a form of collaboration of a kind that would otherwise be impossible; a third is as another form of translation, with radically transformative effects. 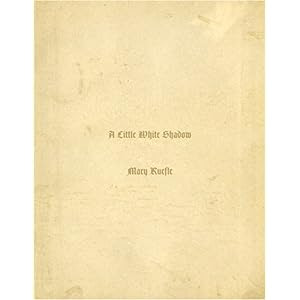 A recent example of this genre that I came across and deeply enjoyed was poet Mary Ruefle's (1952-) A Little White Shadow, one of many examples of her erasure practice that Wave Books published in 2006.  She transforms the 19th century volume by whitening out large chunks of the source text, with the resulting visual text embodying the eponymous theme and metaphor in the original.  Ruefle, a highly lyrical poet at all times with a gift for striking imagery and metaphors, employs her poetic craft to great effect in this little collection, creating something both light and haunting with her resultant text, and I found myself never tiring of the resulting pieces, even the ones that worked less well than others.

Here are two pages that I found on the Poetry Foundation's website from the text. The full text is only 56 pages and you can read it in an hour, so I recommend checking it out when you can, and if you feel creatively stuck or just want to try a new direction, perhaps try out this method and see what you devise. Enjoy! 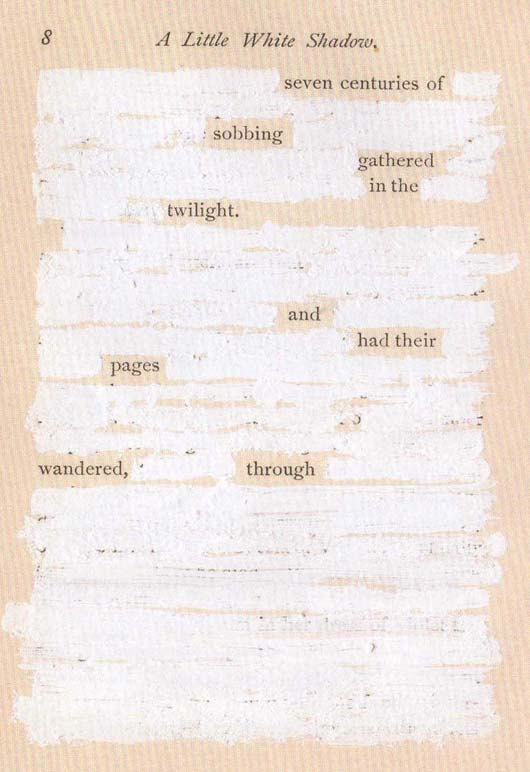 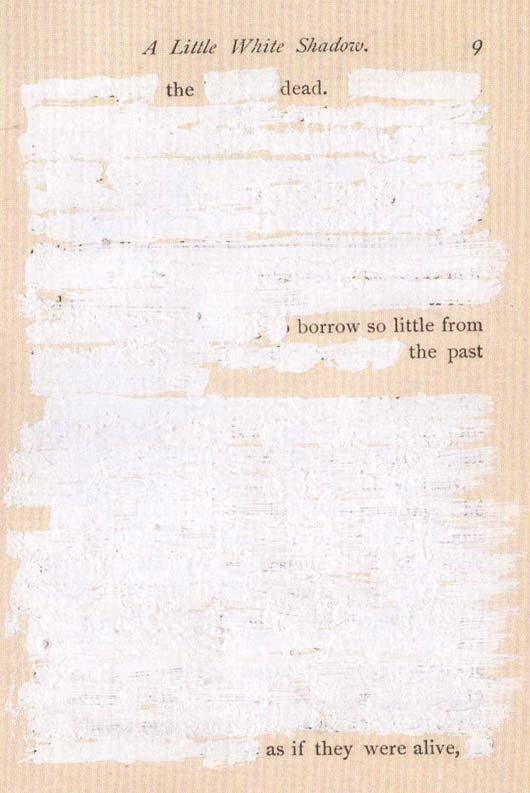