It saddened me tremendously to learn of Manning Marable's (1950-2011, Photo by Mario Tama/Getty Images) passing this past weekend from pneumonia after many years of battling sarcoidosis.  Marable had not long ago completed his magnum opus, his huge, deeply researched and richly revelatory biography (including, it has been reported, an outing) of Malcolm X (1925-1965), one of African-America's iconic figures.  The 600-page biography is slated to appear on store shelves tomorrow. I am planning to dive into the Malcolm X biography, entitled Malcolm X: A Life of Reinvention, as soon as I can, so I'll write more about that later, but I did want to point out that Marable was not just a major scholar--he taught history most recently at Columbia University, where he founded and directed the Institute for Research in African-American Studies, and where I met him in person at a conference in the late 1990s--but a lifelong Left activist and Black culture worker, who figured out a way to make this multi-pronged approach to life, scholarship, and political engagement work. Among his many achievements, in addition to teaching at the Cornell University, Fisk University, Colgate University, University of Colorado-Boulder and Ohio State University, he founded the journal Souls; served as chair of the Movement for a Democratic Society (MDS); served on the Advisory Board of the Committees of Correspondence for Democracy and Socialism, the Board of Directors for the Hip-Hop Summit Action Network (HSAN); was active in the 1970s in the New Democratic Movement; and wrote, co-wrote, edited, or co-edited over 20 books, including the one that almost immediately made him famous, 1983's How Capitalism Underdeveloped Black America (South End Press, 1983). 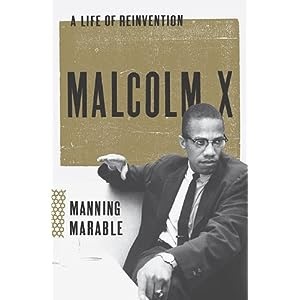 I can attest to the fact that this is a book people who probably have picked up few books of history (outside of school) over the last 30 years actually read, and discussed; I can recall being a 20-something in Cambridge and Boston, and hanging out with politically savvy, cult-nat types, and Marable's arguments were as fluent on their tongues as Marx's or anyone else's. Marable, to the little extent I knew him, was the kind of person who could easily and would have joined us, and chatted and listened to us, schooled us, without ever being pedantic or talking down. Even publishing with Boston's progressive South End Press was a noteworthy step.  Though he didn't know me from the wallpaper at the Columbia conference, he was pleasant, generous, funny, and encouraging, the very model of what I imagined and still hope the best professors would be like. And, I should add, he was not, at least in my experience, homophobic either. With his wife, anthropologist Leith Mullings, and Sophie Spencer-Wood, he published the beautiful volume Freedom: A Photographic Portrait of the African American Struggle (Phaidon, 2002), which offers not only indelible imagery from the long Black American struggle for freedom, but also the editorial expertise of leading scholars. The work represented something I wish more of the best scholars, especially those of color, would aim for: producing works that might allow non-academics to enjoy the fruits of their hard work and brilliance.

One of the things I most admired about him was his willingness to speak out. We don't have a media system that gives voices like his much hearing, but that never stopped him, nor did careerism or fear or indifference or the many other things that do curb people, however necessary--people have to live--these limitations are.  His passing is a great loss for Dr. Mullings and his family, for the history and African-American Studies professions, for African American scholars and thinkers, for politically engaged people on the Left, for Columbia University and his colleagues and students, and for the United States.  My deepest condolences to his family, and please, go buy his biography of Malcolm X if you can afford it.
Posted by John K at 10:09 PM