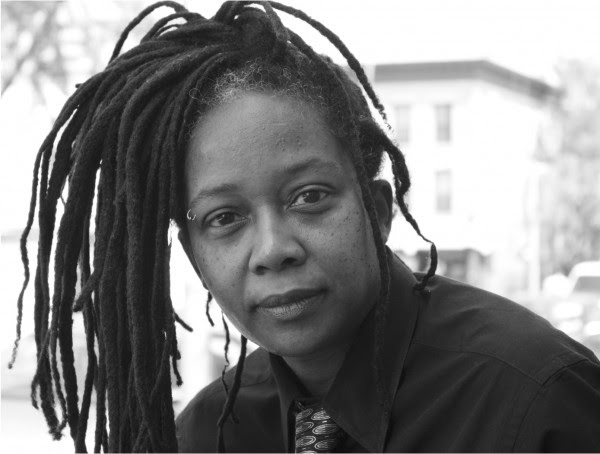 Tonight I participated in a celebration of the life and work of the poet Akilah Oliver (1961-2011, photo at left by Theresa Hurst), a poet, lyricist, teacher, mentor, activist, mother, friend, and inspiration to many. (She was also a native St. Louisan who grew up in Los Angeles.) It was an incredibly moving event, and brought me closer to Akilah, I think, than I had ever experienced during the period that I knew her and her work, which was mostly from afar. One of the highlights of the evening was hearing so many of her former students from the Jack Kerouac School of Disembodied Poetics, Naropa University, Summer Writing Program, talking about how important she was to them, how her charge to "keep writing" really served as a creative spur, and the work they read testified to this.  I read a snippet from an earlier version of Akilah's book The Putterer's Notebook: an Anti-Memoir, that I found online, on Trickhouse's site; it turns out that Akilah, a meticulous editor, had pared it away, but I loved the memoiristic anti-memoir feel of it, and, as reading it aloud made clear, it is as much poetry as it is prose.

From an earlier version of The Putterer's Notebook: an Anti-Memoir:
Posted by John K at 11:54 PM