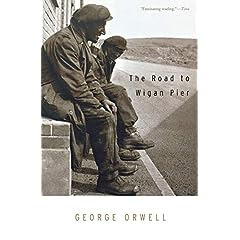 Today's Guardian Unlimited Books section features an article by home affairs editor Alan Travis, entitled "How a real Big Brother kept an eye on George Orwell, the bohemian communist." Travis's piece examines the National Archive's recently released Metropolitan police files on Orwell (1903-1950), the British Socialist critic, writer and activist, born Eric George Blair, whose critiques of totalitarianism still resonate today. The files detail Scotland Yard's and local police departments' extensive spying on the author of the dystopian novel 1984 (1949), which vividly introduced the term and concept of Big Brother into literary and public discourse. Lest anyone assume J. Edgar Hoover and his state apparatus, the FBI, were alone in their anti-Communist fixation, Travis's account shows that Britain trained its crosshairs on this "bohemian" whose ideas and writings the authorities thought might pose an ideological and possibly more serious threat.

According to Travis, the British government opened its file on Orwell when he traveled in 1936 to the northern England town of Wigan at the behest of Left Book Club publisher Victor Gollancz to study the situation of the Depression Era working class laborers there. His visit and links to leftist figures aroused the suspicions of the security authorities. They were soon in contact with Wigan's chief constable, Eric Pey, who specifically wanted to know if this visiting writer was associated with the dreaded "Communist Party." The article notes the pedestrian descriptions of Orwell and his actions; ironically the police were closely but unartfully documenting Orwell as he was closely and artfully documenting the plight of one segment of Britain's poor and unemployed. Among their details: "six foot, slim build with a long pale face." And:

It would appear from his mode of living that he is an author, or has some connection with literary work as he devotes most of his time in writing. He has collected an amount of local data, eg number of churches, public houses, population, etc, and is in receipt of an unusual amount of correspondence. He had also been asking about local mines and factories.

That first sentence is priceless. The result of Orwell commission became the journalistic touchstone The Road to Wigan Pier (1936).

Travis's article goes on to delve extensively into the rest of the 12-year file. Among the issues he writes about is Orwell's ideological independence and struggles with Soviet Communism, though he made this quite clear in a number of his works, including the hilarious anti-Soviet satire Animal Farm (1945). As Travis states, Orwell, who took a hit among the Left when it came out a decade ago that he'd given up the names of over 80 "Stalinist fellow travelers" to the British Foreign Office's anti-Communist propaganda unit, was still considered by the security services to be a man of "advanced Communist views," though he viewed himself as a "Tribunite socialist" who'd become "disillusioned" with the Soviet state, its bureaucracy and its orthodoxy during his experiences in the Spanish Civil War; the literary result of this disillusionment, which developed during his fighting with the anti-Stalinist Marxist militia POUM, was A Homage to Catalonia, which most pro-Soviet leftists rejected during Orwell's lifetime.

There is considerably more interesting material in Travis's article, including his look at the security services' concerns over Orwell's 1942 WWII BBC broadcasts to India, upon which he drew in creating his "Ministry of Truth" scenario in 1984. The parallels between the government's spying and Orwell's literary treatment and indictment of such behavior, which Travis notes, I think probably wouldn't have surprised Orwell. He certainly realized that for a variety of reasons, even democratic governments (and he criticized Britain in his work) sometimes engaged in acts similar to those of totalitarian governments like the Soviet Union.

Anyone who believes that such goings-on aren't currently going on is wearing blinkers or blinds. We have learned over the last few years that not only W Bush's FBI (and probably the CIA), but local police departments, as part of the "War on Terror," have been colluding in tracking anti-war protesters, who in any case constitute no threat to our national interests; Scotland Yard--like the security services of the US's allies--have probably also been engaging in similar actions (especially given the anarchist protests at the G8 Summit and the general rejection by the British populace of the UK's participation in W's Iraq War). Meanwhile, homegrown British terrorists, possibly in conjunction with Al Qaeda elements in Pakistan, Egypt and elsewhere, were unfortunately able to carry off their horrific bombing right under Scotland Yard's noses just a few weeks ago. Of course I don't know what the British secret services or the FBI and CIA are up to, but I hope that the focus isn't misguided as it often has been--like when the FBI was busy spying on progressive figures like Paul Robeson and Martin Luther King Jr.; or later, as part of Cointelpro, on the Black Panthers; or in the late 1980s at the height of the AIDS pandemic, during George HW Bush's term, on ACT-UP activists, while anti-American white supremacists were plotting a series of attacks against the government and people of color, one of which culminated in the Oklahoma City bombing and slaughter. I'm no fool, though....

I also bet Orwell's turning over in his grave, not only at the realization of many of his more dire predictions about language, government and society, but at the nearly complete neutralization (and inversion, one might add) and commodification of the Big Brother concept on mainstream TV, in Europe and the US, and also in Latin America and Africa. He might be leaping under the soi at the accedence of Britons (and increasingly Americans) to a surveillance society, in great part out of fears fostered by the nebulous and unending "war on terror."

Update: It appears that the FBI is currently monitoring US groups that pose no danger to the nation and no links to our greatest threat, Al Qaeda and domestic terror groups. So says the New York Times in an Eric Lichtblau article posted today, "Large volume of FBI files alarms activist groups." Here we go (again/as always)!
Posted by John K at 10:40 PM