Today marks the opening of the annual Harlem Book Fair, the largest and most dynamic Black book festival in the country. Established in 1999 by Quarterly Black Review of Books's founder and editor-in-chief Max Rodriguez and other important figures in the New York-area Black book world (including culture worker Troy Johnson of African American Literature Book Club [AALBC.com]), the Harlem Book Fair last year brought over 338 vendors and more than 40,000 attendees to its panels, readings, awards ceremonies, and bookstalls and expects to top these numbers this year.

I have participated and attended in the past and look forward to dropping in tomorrow. Schedules for all of the HBF events are available in .pdf format on the festival Website. 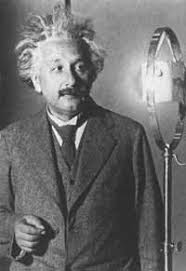 Art of Friendster forwarded me information about Fred Jerome and Rodger Taylor's upcoming volume, Einstein on Race and Racism (Rutgers University Press, to appear July 25, 2005), which explores the long-forgotten, submerged and elided history of the progressive Nobel Laureate scientist's private and public thoughts and actions concerning racism, which he perceptively labeled "America's worst disease." These include his active support of the Civil Rights Congress and his friendships with Paul Robeson and WEB DuBois.

In addition to the authors' detailed history of Einstein's anti-racist positions and activities, which they base on extensive archival research (Jerome is a noted journalist and Taylor is a practicing librarian), the book's second half also gathers the refugee from Nazism's speeches and papers on this topic, as well as interviews with and testimonies by Princeton residents who knew him.

Quoting from Jerome's and Taylor's preface:

When it came to how to handle Einstein’s ashes or his house on Mercer Street, everyone involved meticulously adhered to his wishes. But when it involved his ideas, and especially his concerns about what he called America’s “worst disease,” the fact that Einstein wanted his views made as public as possible seems to have slipped past his historians.

Readers may judge for themselves how much of this oversight is due to forgetting and how much may be due to other motives (including, perhaps, disagreement with Einstein’s point of view). It is not so much the motive for the omission, but the consequence that concerns us. Americans and the millions of Einstein’s fans around the world are left unaware that Einstein was an outspoken, passionate, committed anti-racist. “It is certain – indeed painfully obvious – that racism has permeated US history both as idea and practice,” as the historian Herbert Aptheker states. “Nevertheless,” he adds, “It always has faced significant challenge.”

Racism in America depends for its survival in large part on the smothering of anti-racist voices, especially when those voices come from popular and widely respected individuals – like Albert Einstein. This book, then. aspires to be part of a grand un-smothering.

Although I was aware of Einstein's forward-thinking views on a number of issues--world peace, religion and secularism, poverty, and so on--I didn't know that he actively he engaged in the American anti-racist struggle (it's less surprising in a way that he befriended Robeson, given each's fame and the overall political stances), so I'm particularly interested in seeing how the authors fill in this aspect of the great physicist's life, which will certainly challenge the general public notion of him, reinforced across the media, as a preoccupied, charming genius who wasn't concerned with the most serious problem plaguing the America of his day (and still plaguing us now).
Posted by John K at 9:20 AM