In the Garden + Oe & Pamuk on Writing

The weather has been so lovely since I've been home that I must thank the gods. Just before the end of the school, when it was still cool and rainy in Chicago, the New York area suffered through a heat wave that has been conspicuously absent since I've returned. Instead, it's been intermittently warm and cool, rainy but not especially muggy, and sunny hours have given way to brief showers before switching back, especially over here in New Jersey. One result is that the gardens are thriving. C did most of the early spring work since I was toiling in the concrete, glass and limestone fields of Evanston, but I did manage to spend one weekend months ago removing the thick ground cover of magnolia leaves that had the effect of protecting a number of the plants during the mild winter.

So far, most of the perennials have returned: among the herbs, two types of sage, African and pineapple, are back, as is the lavender, the rosemary, the mint, the lemon balm, and the thyme. C. planted dill and basil, which are also flourishing. A colleague asked how to keep basil growing from year to year, and I haven't figured out an answer yet; every time I've planted and harvested it that's been the ended of it, but perhaps other gardeners have some thoughts on this. Slightly limey soil does seem to help it take root.

Among the flowers, the roses, rhododendrons, azaleas, and honeysuckle have all bloomed, and the hydrangeas are now in spectacular form. The fruits and vegetables are also in very good shape: the blueberry bush I bought is in the ground, alongside the other, the two different types of strawberries are already growing, as are the blackberries, whose bushes are again creeping across the lawn, and brussel sprouts, red cabbage, collard greens, tomatoes, and peppers are also emerging.

In general, the backyard is turning into an English garden. I will take more photos when we get a respite from the rain and I can take the lawnmower to it.

Here are some photos: 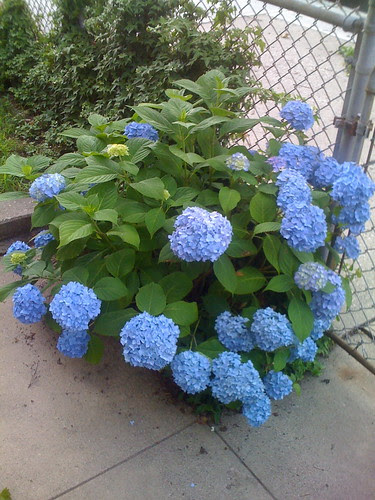 The hydrangeas, after a rainstorm 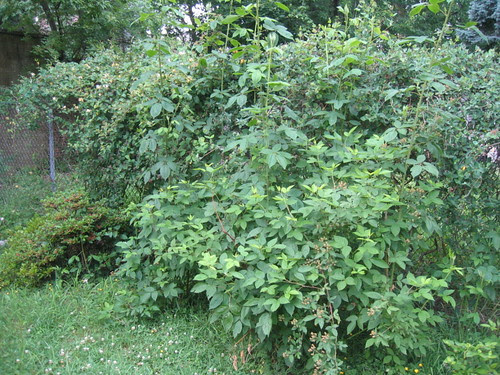 The blackberry bushes in front (the blueberries are hidden), with the honeysuckle canopy behind it 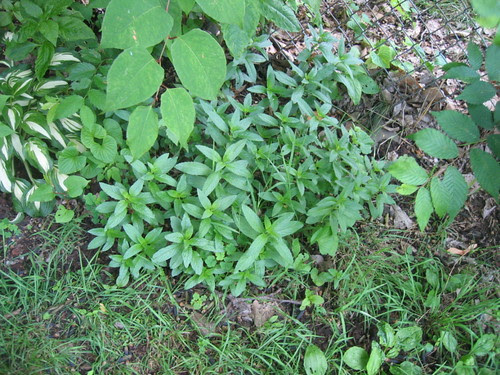 Two types of hosta, growing in what was once a bare patch at the back of the yard 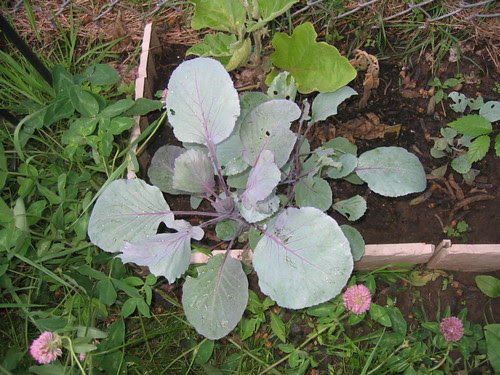 Red cabbage (some of the leaves have proved delicious for caterpillars) 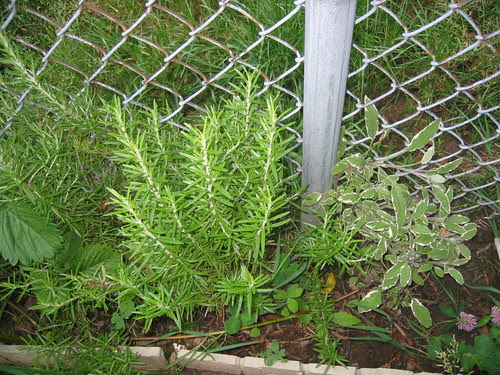 Budding strawberries (which have since disappeared--a cat? a rabbit? an opossum?) 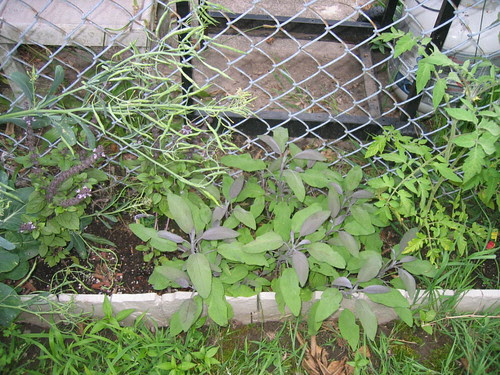 African sage, with tiny basil sprigs at left, and peppers (?) 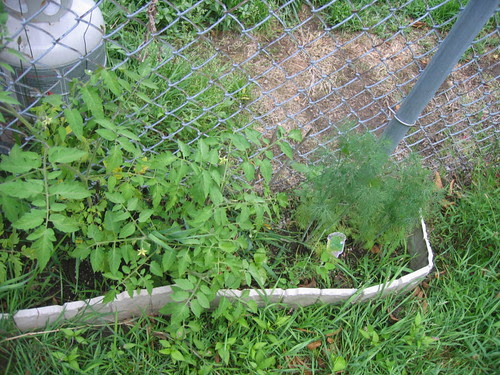 Tomatoes and dill (the wispy sprigs at right) 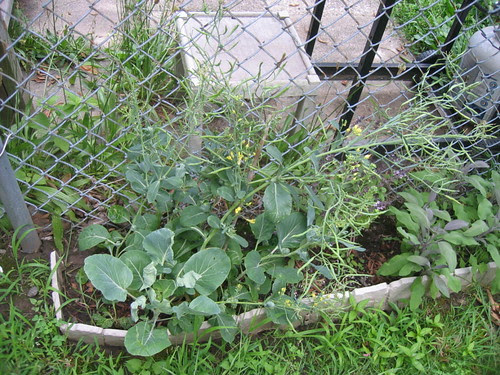 Daily Yomiuri Online newspaper offers a brief snippet of a conversation with two of the leading international writers, Turkish Nobel Laureate Orhan Pamuk (whose highly praised novel Snow I finally finished after months of sustained effort), and Japanese Nobel Laureate Oe Kenzaburo (whose Seventeen is one of the best novels I've ever read about a far-right young nut). From the interview:

Oe: I believe poetry is the best kind of literature. I wrote my first poem as a primary school student. I looked inside a dewdrop on a persimmon leaf and found another world inside it, and wrote about it in a short poem. Unfortunately, I could not become a poet, but in my novels I continue to claim the existence of other worlds.

My writing style involves repeated rewrites. These revisions comprise 80 percent of my life as a novelist. I am trying to achieve a kind of polyphonic expression that I learned from [Russian novelist Fyodor] Dostoyevsky. I want to create a collective voice expressing a truth that transcends the voices of individuals. This can be achieved in a novel, but not in poetry.