The Boston Celtics have won the NBA Championship in a blowout, 131-92, taking the series 4 games to 2. It's the franchise's 17th championship, and first in 22 years. Coached by Doc Rivers and led by longtime veteran Paul Pierce, the series MVP, and new acquisitions Kevin Garnett and Ray Allen, they outplayed and successfully defended the Los Angeles Lakers, whose overhyped star Kobe Bryant faltered at the end of the game's last two quarters. 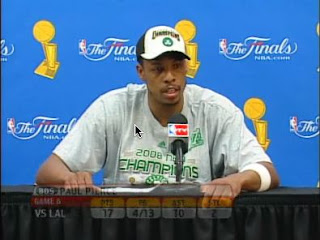 MVP Paul Pierce, whose teammates made up for his weakest championship game 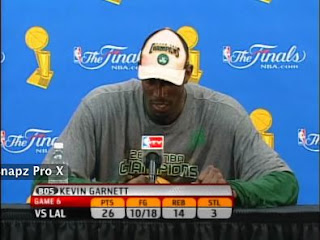 Kevin Garnett, one of the key people behind the Celtics' victory 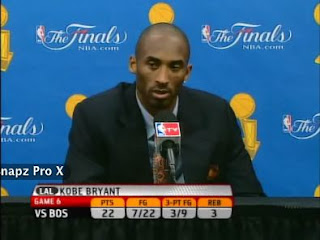 The stats say it all.

Congratulations to the Celtics! 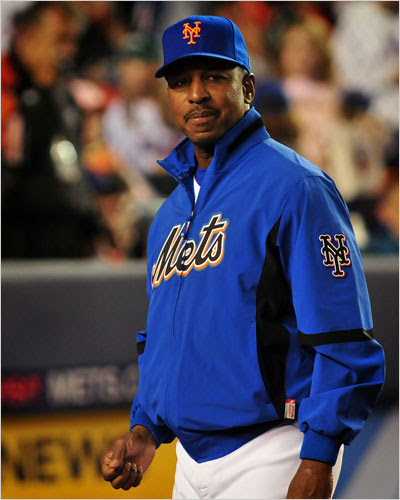 And now for one of the hugest debacles of the baseball season: the New York Mets' firing of manager Willie Randolph.

What I wrote to Bernie and others was basically a summary of what everyone else has said, but I'll reprint it (with one change) anyways:

Really classy move, Mets. In the middle of the night, after sending the poor man out to California! Is it Randolph's fault that so many of his key players are aging and injured, or that the ones who're on the field are underplaying? Are the Mets that far out of first place? No. Do they have that poor of a record? No. Did he assemble all these overpaid has-beens (including Carlos Delgado, who is gorgeous but has the mobility of a grain silo)?

On a different note, I posted Michael Kimmelman's New York Times article to the CC list:
"For Blacks in France, Obama's Rise Is Reason to Rejoice, and Hope." (Is it in the Arts section because Kimmelman's a well-known art critic?). Here's a snippet:

A new black consciousness is emerging in France, lately hastened by, of all things, the presumptive Democratic nominee for president of the United States. An article in Le Monde a few days ago described how Mr. Obama is “stirring up high hopes” among blacks here. Even seeing the word “noir” (“black”) in a French newspaper was an occasion for surprise until recently.

Meanwhile, this past weekend, 60 cars were burned and some 50 young people scuffled with police and firemen, injuring several of them, in a poor minority suburb of Vitry-le-François, in the Marne region of northeast France.

Americans, who have debated race relations since the dawn of the Republic, may find it hard to grasp the degree to which race, like religion, remains a taboo topic in France. While Mr. Obama talks about running a campaign transcending race, an increasing number of French blacks are pushing for, in effect, the reverse.

(Even the failed Socialist presidential candidate, Segolène Royal, is a fan; she even attended one of his speeches in Boston.) The excitement and enthusiasm goes far beyond France....
Posted by John K at 10:07 PM