I wasn't able to attend last night's Galaxy Angel Afterparty, which featured DJ Itch 13, live performances, and an open mic, but I did stop by today and got to speak with some of the artists who were exhibiting, as well as a number of other Chicagorati who'd dropped by to stay warm, view the art, converse, select potential holiday gifts, and announce upcoming projects and events. I snapped a few photos when not sampling the delicious "hot," which the antidote, along with all the beauty on display, for the Wintry City's ferocious cold spell. 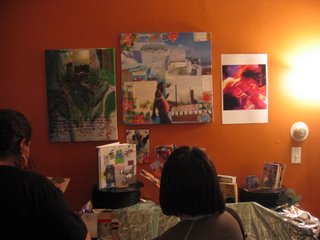 One of the displays, featuring Krista Franklin's work 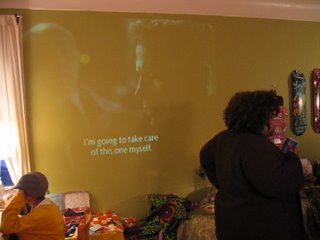 People chatting, in front of a video projection 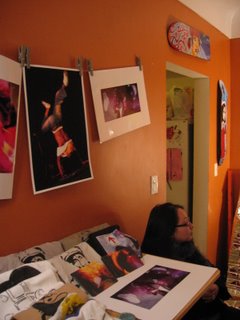 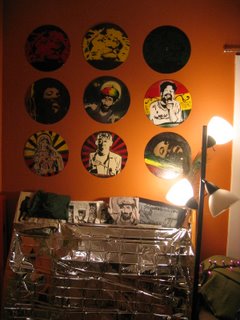 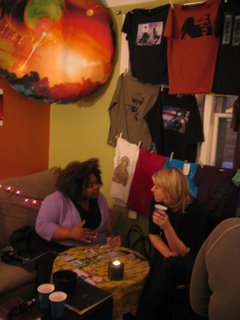 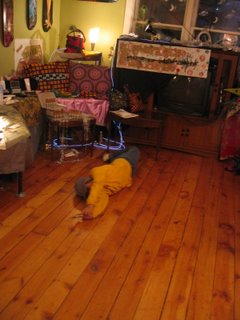 One of the youngest revelers 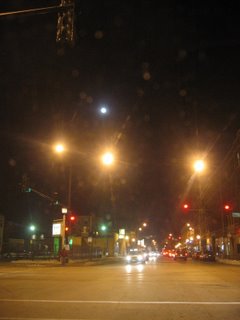