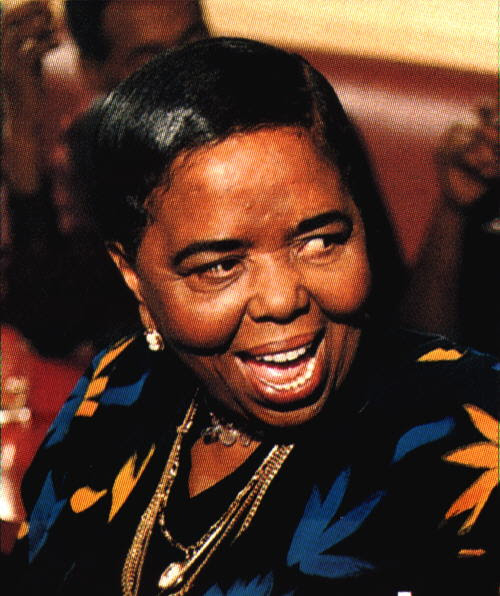 Reading Fly Brother's blog entry today reminded me that back in the early 1990s, two different friends introduced me to the music of Cesária Évora (b. 1941), whose renditions of morna, a Blues-like musical form, and the more upbeat caldeira, both from her her native Cape Verde, made her and these genres global sensations some thirty years ago. Évora began singing in the 1960s, but gained international acclaim only after recording her first album, La Diva Aux Pieds Nus (The Barefoot Diva), in France, in 1998. She began touring, people couldn't stop listening, and the rest is history.  Évora passed away two days ago, after many months of heart trouble.

I believe the first album of hers that I heard was Miss Perfumado, from 1992, but the first ones I bought were Cesária, in 1995, and Café Atlantico, in 1999, both issued by Lusafrica. Her voice, like her music, is often brimming with joy and saudade. Évora kept her home open to all, and reportedly was still receiving people and enjoying life just two days before she passed away. Here are a few YouTube clips, beginning with one of her most famous songs, Sodade (i.e., saudade), to remember her by. Enjoy!
Sodade (live, in Paris) Cabo Verde (one of my favorite songs of hers) Angola (live, in New Bedford) Africa Nossa Ligereza (live, in Moscow) Carnaval de São Vicente (live, in Paris) Isolada (live, in Paris)
Posted by John K at 10:32 AM