On Jeff Koons at the Whitney Museum 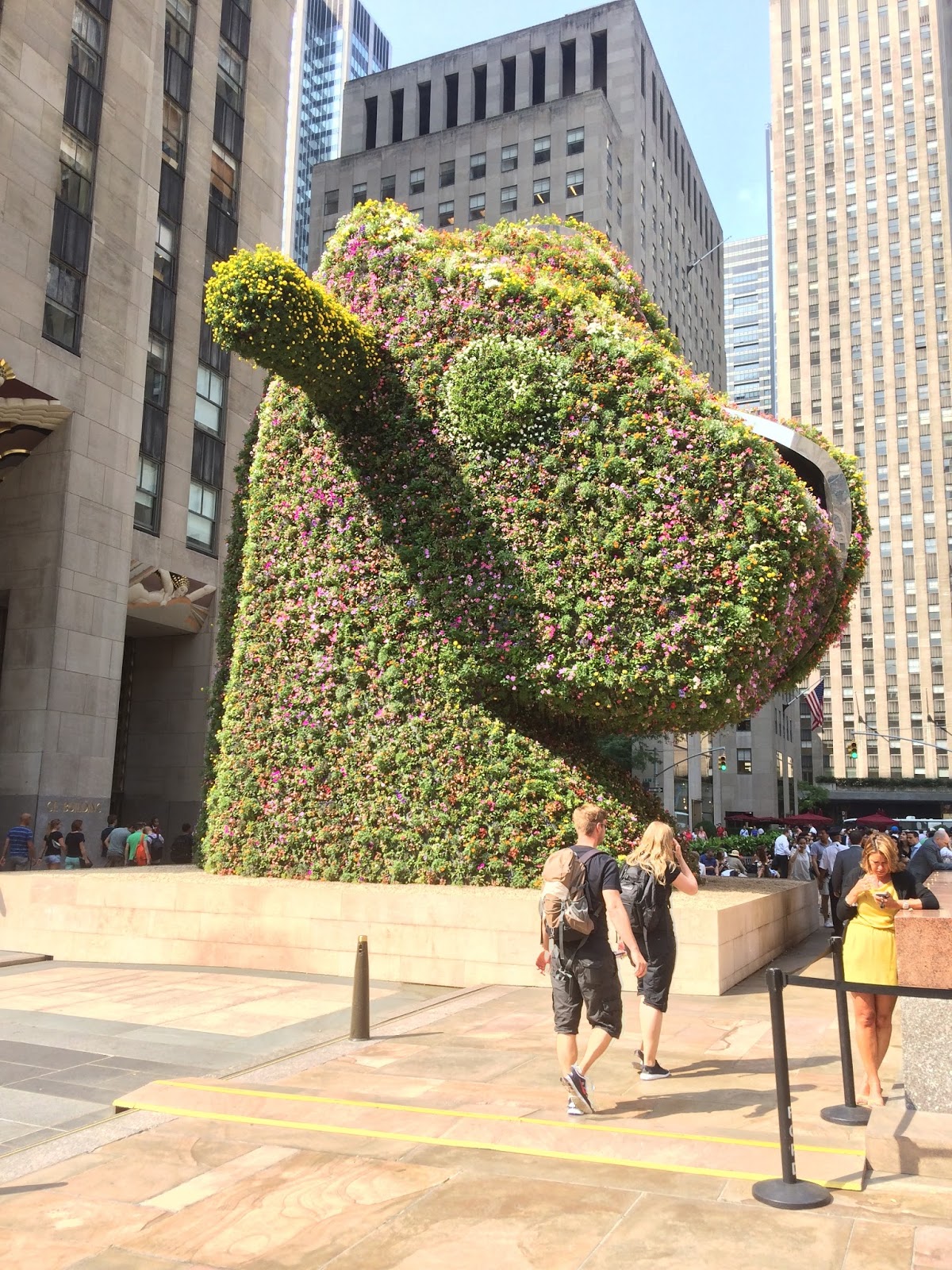 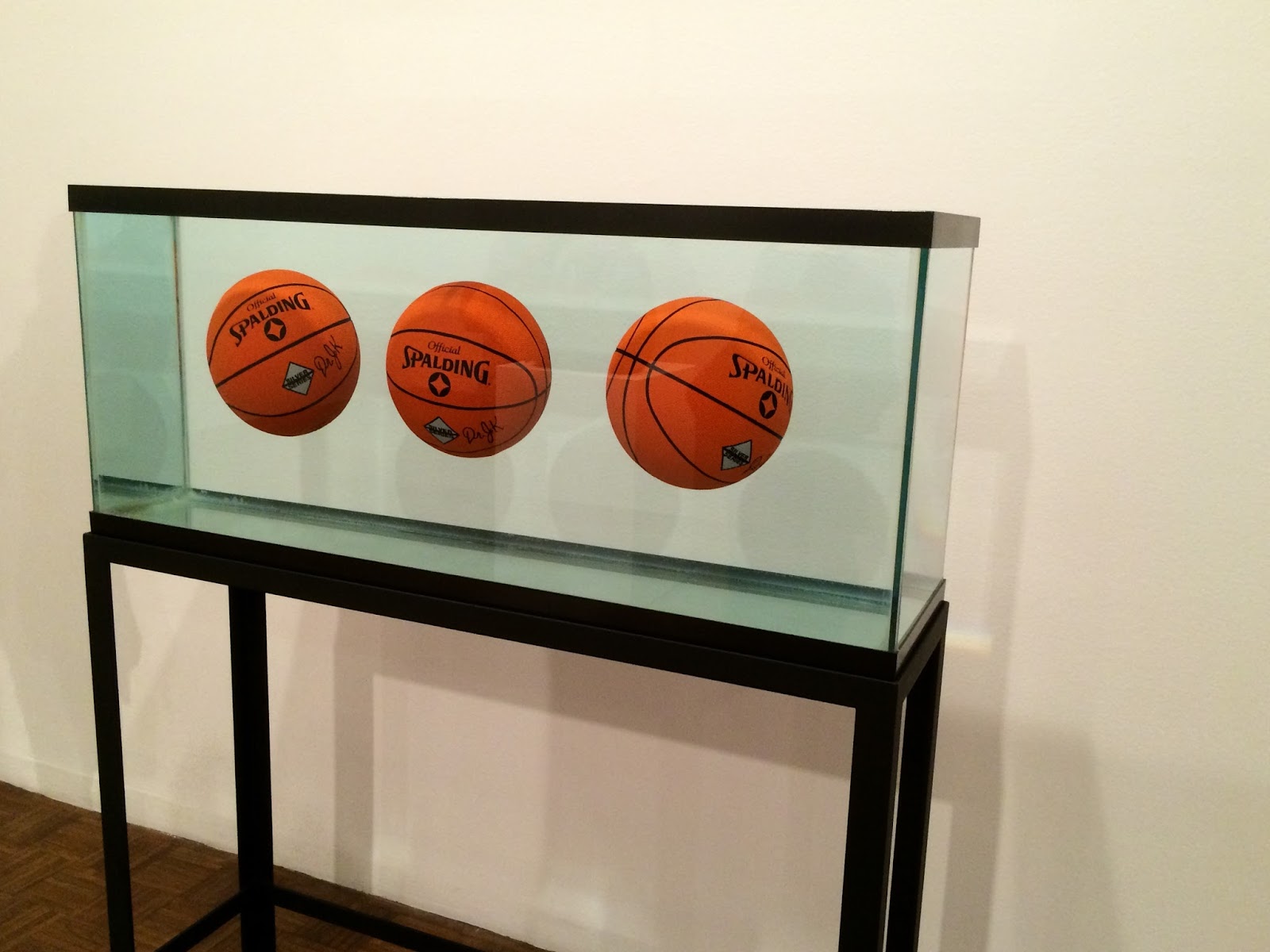 What is art? What is "good" art? What do we mean by "good" when we speak of art? Does "good" here equate with quality, if we consider the roots of the concept of art in the West lying in the concept of techne? Is this even a relevant question any more, in 2014? Who determines what is good and not good? Or beautiful, or resonant, or sublime, or, conversely, bad, horrible, not worth expending even an epithet on? Are these characterizations a matter of a work of art's holistic aesthetics? Sociopolitical relevance? Technical virtuosity and mastery? Does the fact that a particular institution or an institutional field assigns such values make them valid? Does it matter that their decisions may be based not only on personal views drawn from expertise in the history of and criticism about art, but other institutional values, broader historically, politically, economically, and socially discourses about art, and contemporary market values? How much should any viewer know or factor in that there are immense financial stakes for collectors and connoisseurs?Is that what we mean today by the sensus communis? Does such a term have any meaning at all in the wake of the multiple stratifications and atomizations of the society in which we live? Does the sensus communis perhaps primarily and most aptly apply today to the artistry of Beyoncé Knowles, say, or Seinfeld during its heyday, or the current HBO hit Orange Is The New Black, rather than anything produced by some of the artists who now occupy the upper reaches of the contemporary US and global artworlds?  How important are these issues in thinking about art, about beauty, about aesthetic value? 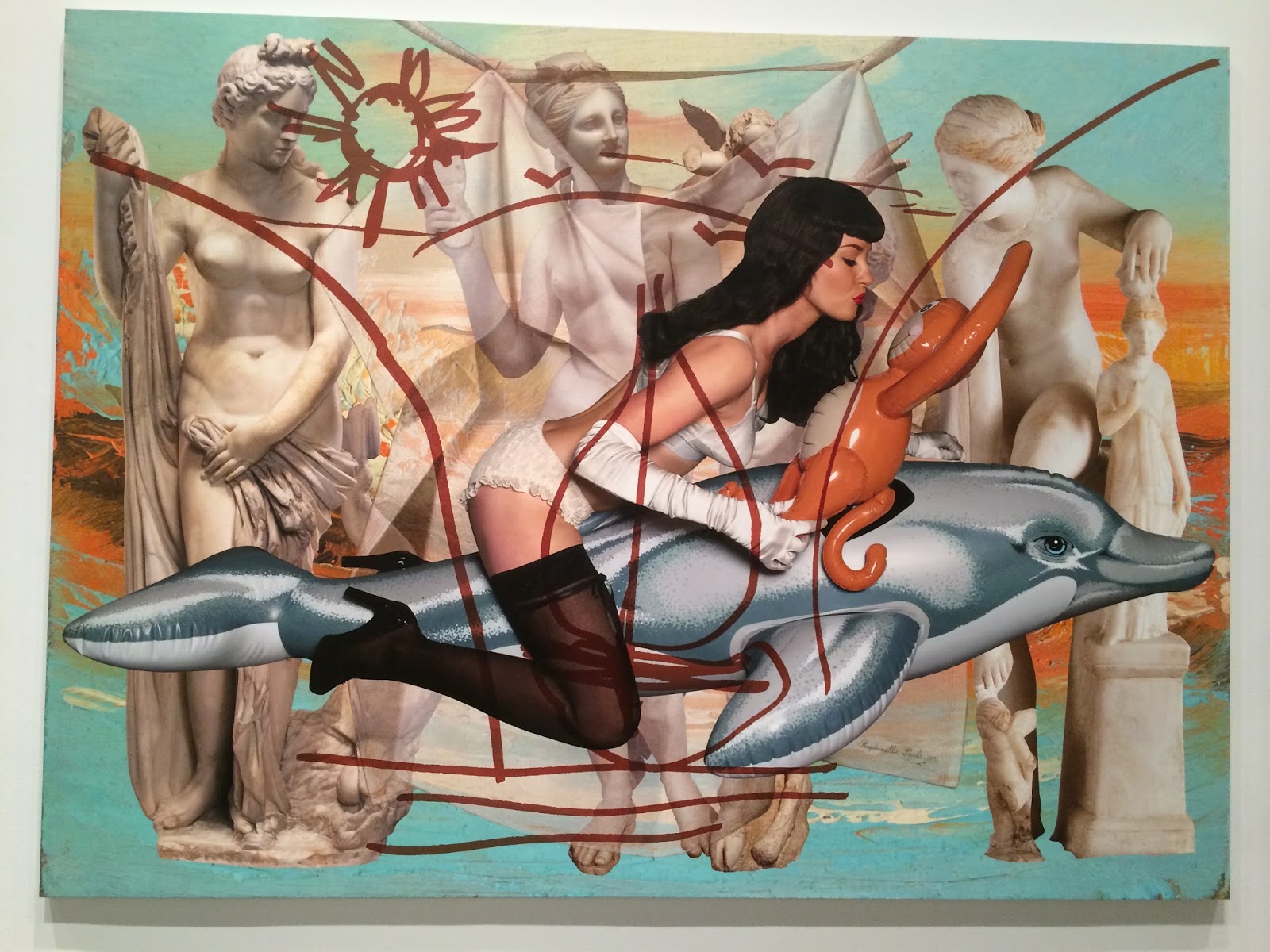 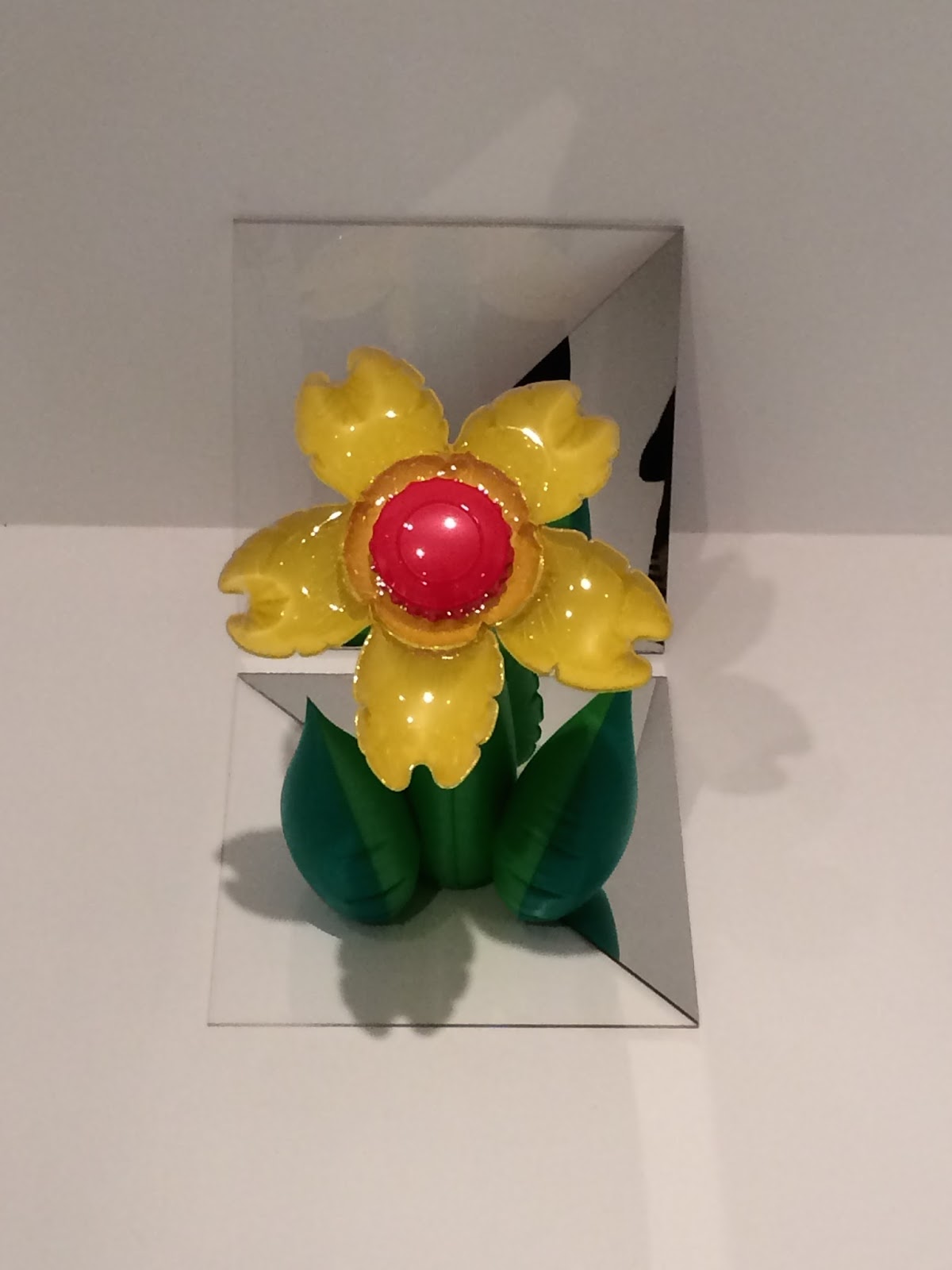 What is it "good" art for? What makes it worth viewing? Is there any correlation between its aesthetic value and its market value? What do we even mean by "aesthetic value" today? Or use value for that matter? Do any of the additional aesthetic qualities proposed by critics like Sianne Ngai in books like Our Aesthetic Categories: Zany, Cute, Interesting (Harvard University Press, 2012), such as "zaniness" or "cuteness" or "interestingness" factor in at all in terms of this idea of "goodness" and its purpose? Does purposiveness? Does placing a work of art or multiple ones, by the same artist or different ones, within a given context like a gallery or museum, especially one of the major ones in the world, (not) legitimate an artwork and its author? Does it validate them and her? Are legitimation and validation the same thing? Can market value, which is now the primary value in contemporary art, be the only significant value an artwork possesses? What is or are relations between the acceptance of aesthetic and personal commodification and works of art's non-financial values? What do we say about artists who view themselves and their artwork not simply as commodities, which could be said to every degree about every artist creating today who is conscious of the world in which she lives, but as financial instruments? Can such artists ever again be said to approach their art with disinterest, and thus isn't that a category which might be jettisoned today? Which is to say beyond a basic barter system, can a painting or a sculpture also be considered as form of currency, or a derivative? What happens when we speak of works of art as derivatives or financial instruments? What does one call exchange value that is now so inflected? Is there a new name for this contemporary state of aesthetics, and would be be an(ti)aesthetics, commodesthetics, financesthetics, or something else? 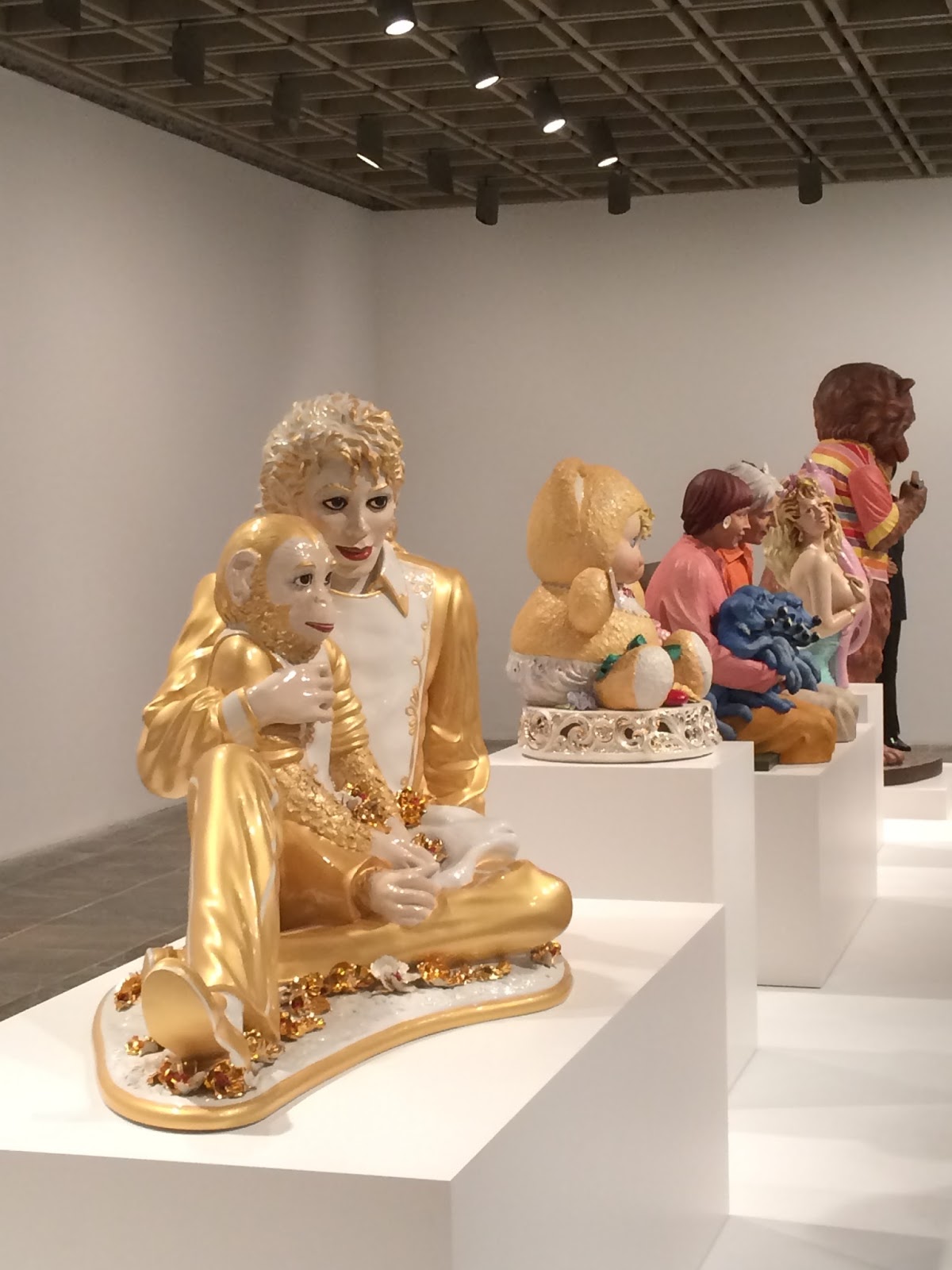 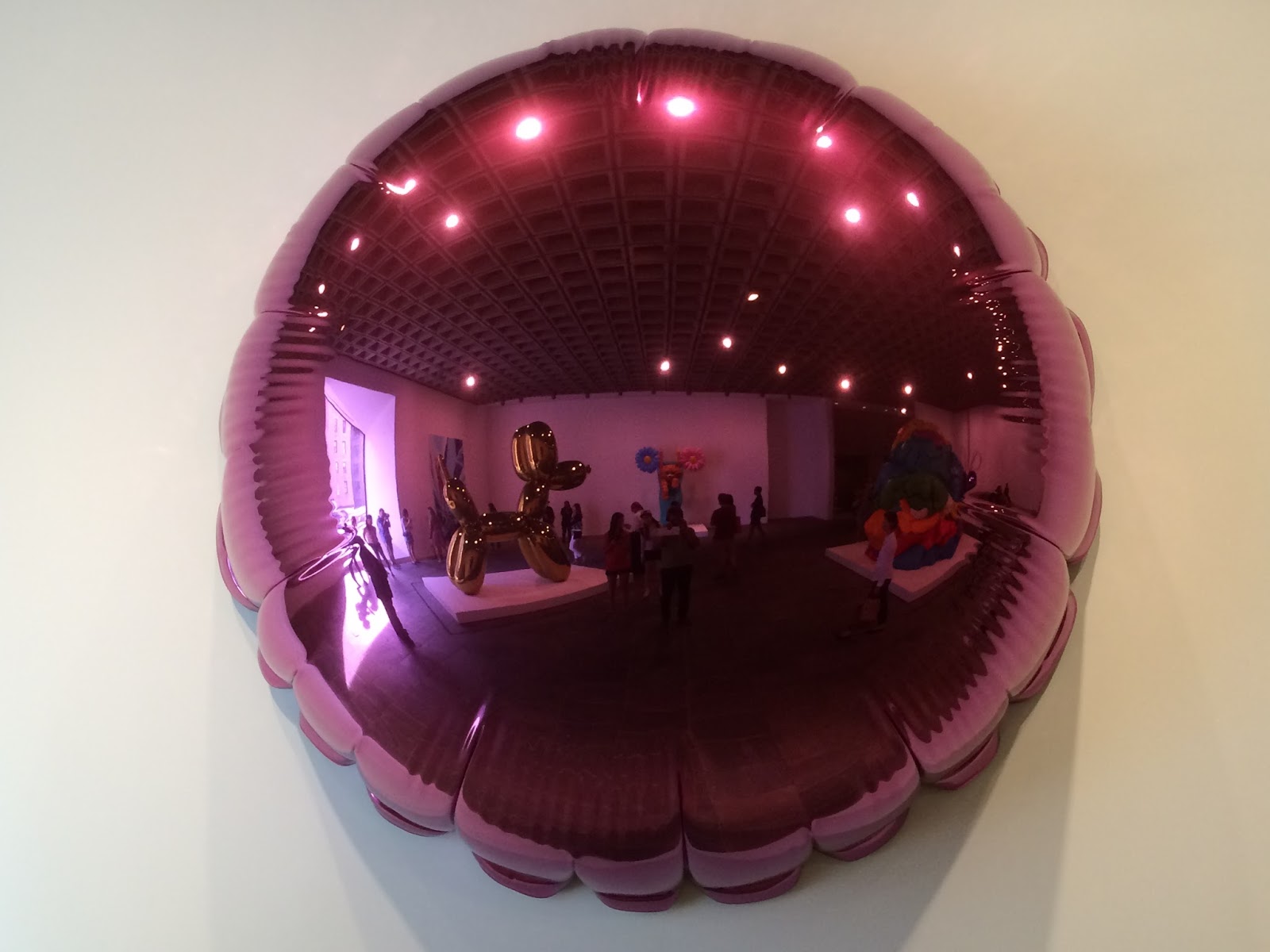 Does such value (do such values or non-values) invalidate at a basic level the question of aesthetic, political, social or any other form of "goodness," "beauty," and so on? What is the relationship between this way of thinking, and Duchamp's readymades? Should we assign the the start of this thinking at the doorstep of Duchamp--or perhaps in more recent decades, Andy Warhol--or go back to Plato's ideas about second and third orders of artmaking, or Kant's formalism, as well as the aesthetic writings of Karl Marx? Does it unfairly raise the significance of a work of art and its author that I or anyone invokes such names? Is there a danger in doing so, and how does this relate to legitimation and validation? Does doing so also help to increase the "values" of certain works of art, even if I think they do not deserve it? Does it matter that an artist may or may not be aware of such questions? Or that, even if aware, she neither understands them or even cares? 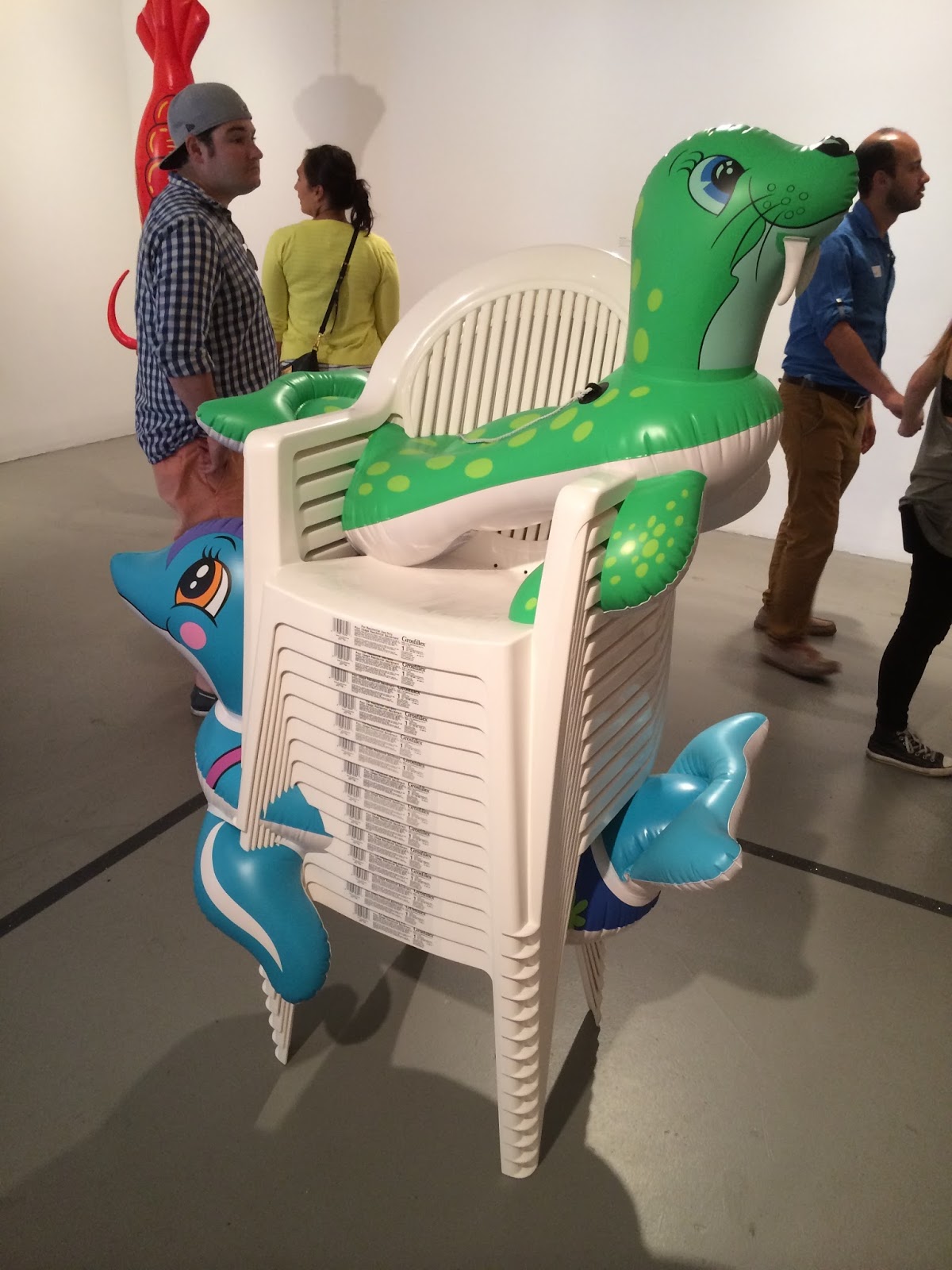 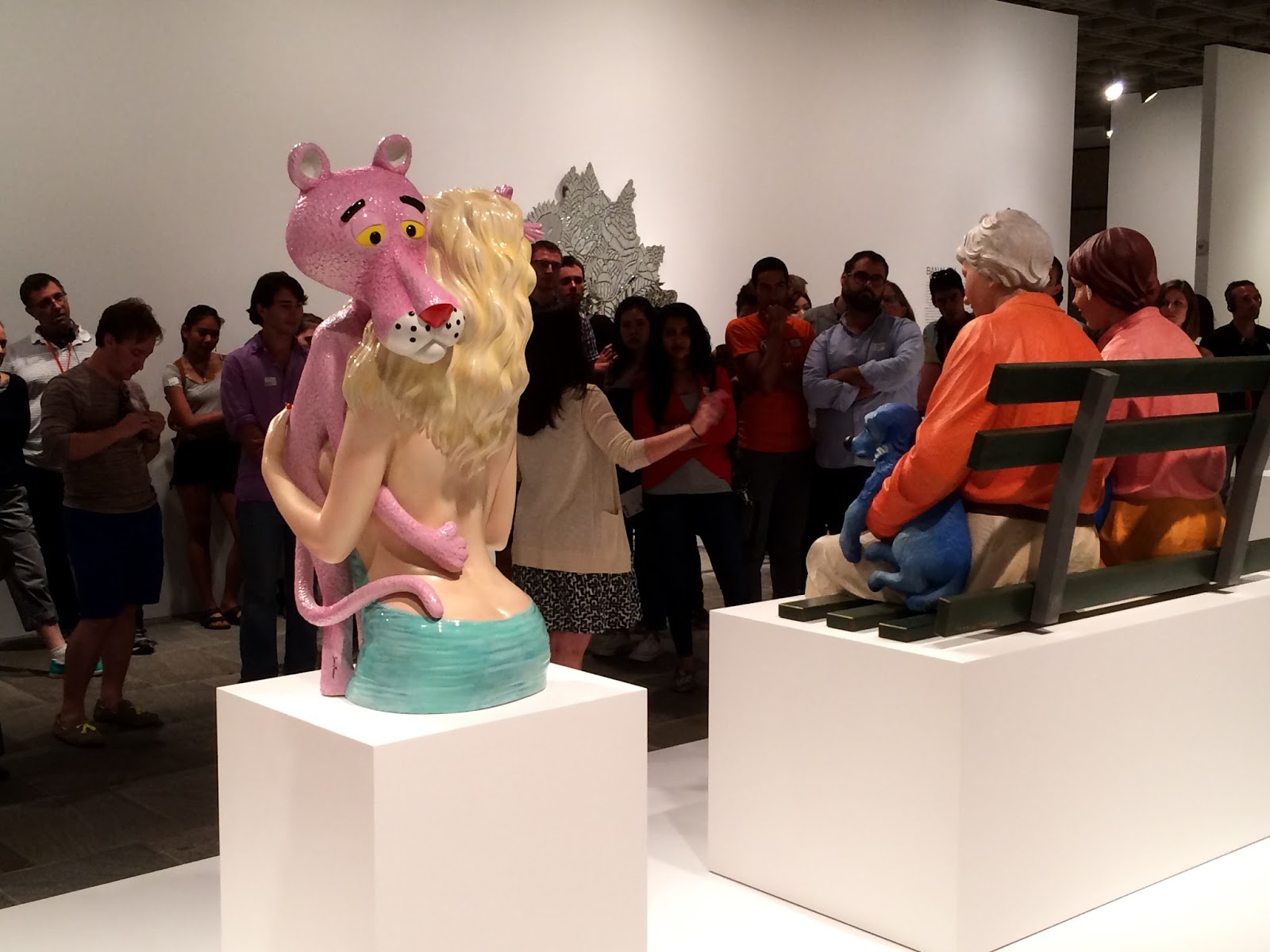 Can't an artist focused primarily on making money make good art? Why does Jeff Koons make art other than to make money and make things? Does Jeff Koons know what "good" art is? Does Jeff Koons care? Should Jeff Koons care if a museum like the Whitney apparently does not? Does Jeff Koons' background as a Wall Street commodities broker as well as a graduate of an art school factor to a greater degree in the way in which his work appears often to be primarily a financial instrument or derivative? Isn't it fair to use the term "derivative" in relation to Jeff Koons's work, given that he was a broker, and, based on his show at the Whitney Museum, he, like many other artists, "derived" his early practice heavily from the work of Marcel Duchamp? Is it fair to say that Jeff Koons had a significant or noteworthy conceptual understanding of art, and of Duchamp's work, even at the start of his career? Has he had one since? Why does so much of Jeff Koons' work, its technical mastery excepted, look like something that might merit a harsh critique at an art school? Is technical mastery enough? 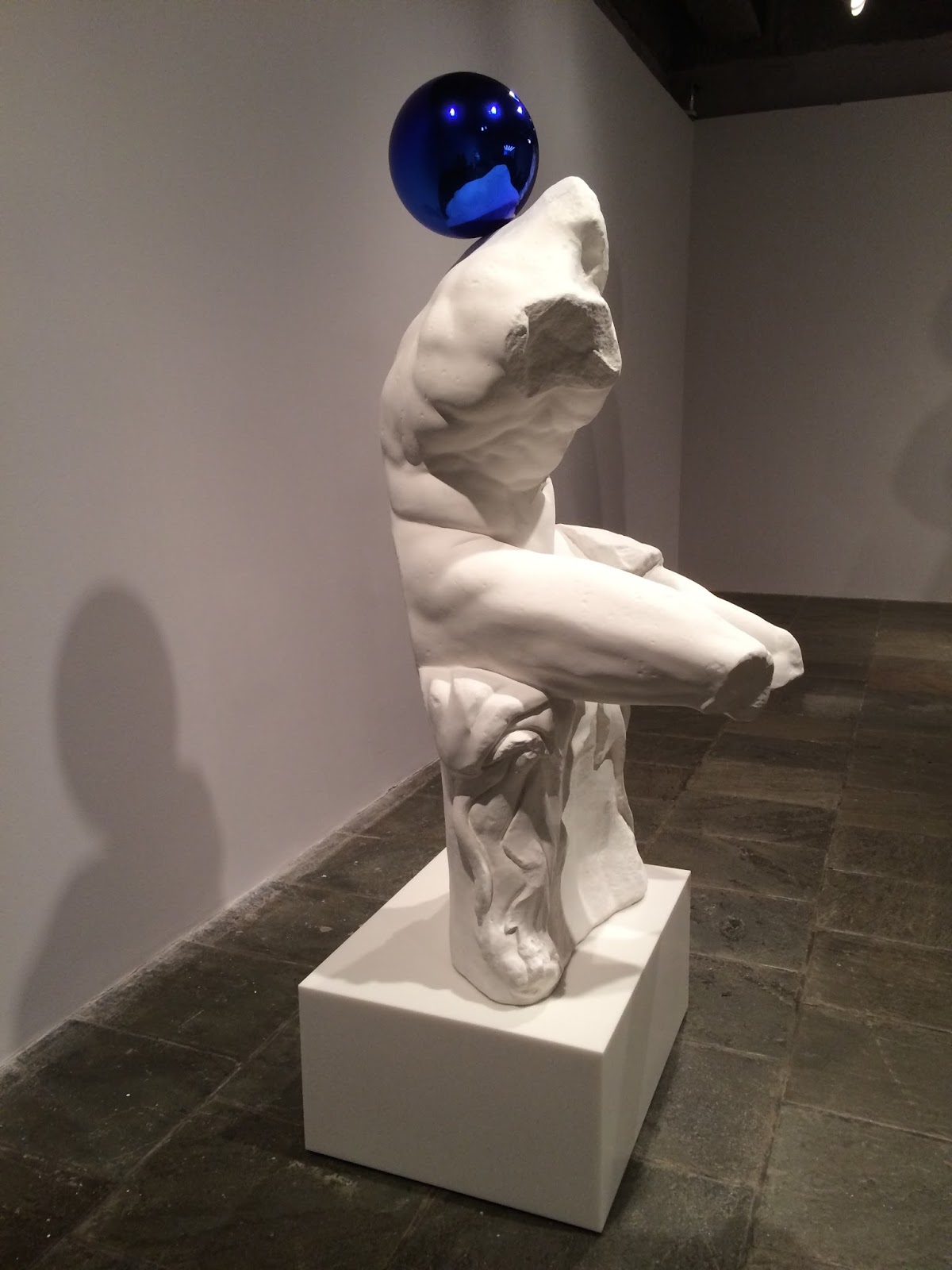 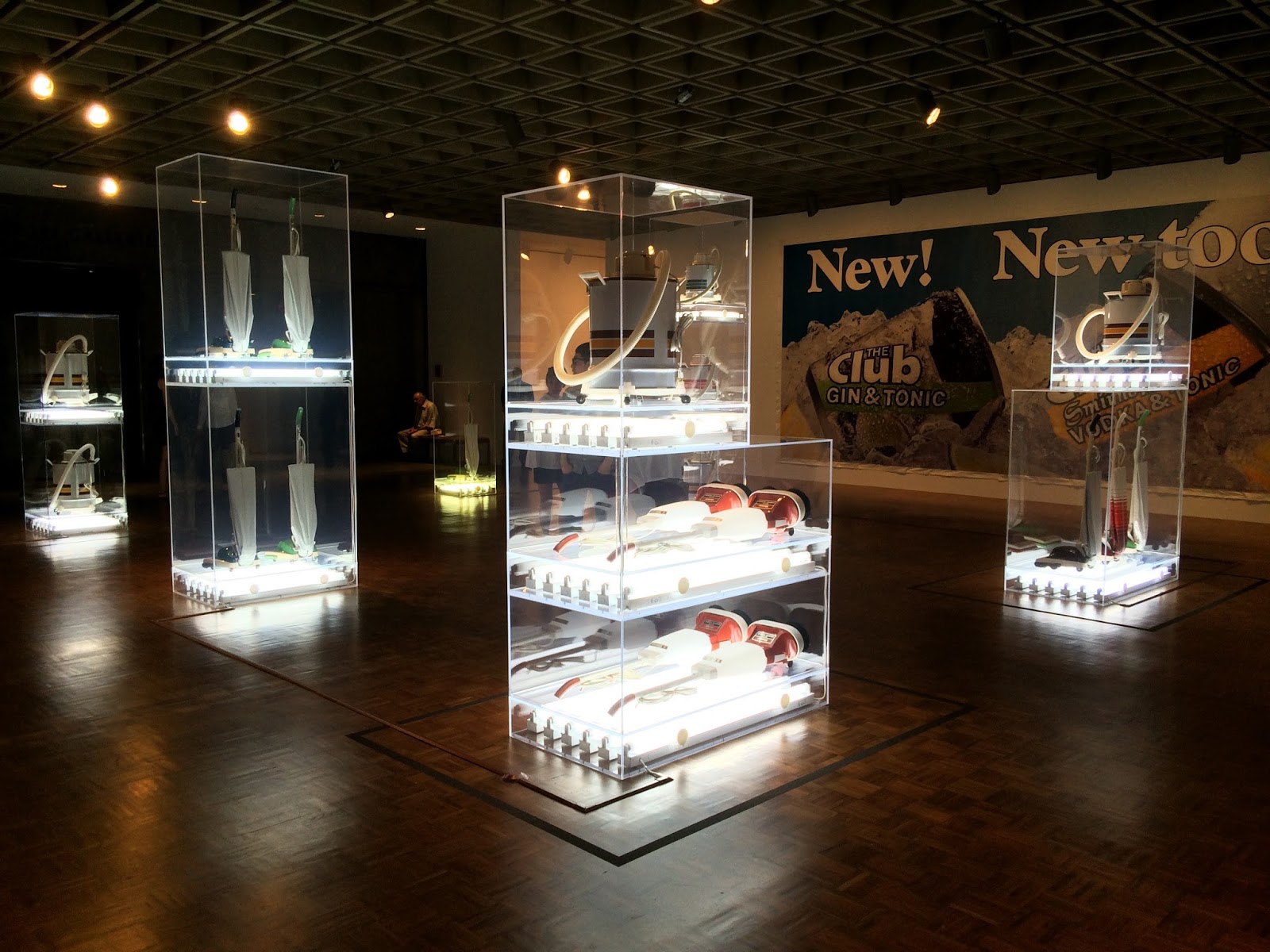 How do we speak of art that is at one level hard to look at and at another to turn away from, like Koons'? Does the monumentality of so much of Koons' work endow it with a significance it might lack if it were smaller in scale? Would we want to look at a golden balloon dog in cast metal if it were the size of one might find at a children's party rather than larger than a Cadillac Escalade? What about a heap of Play-Dough? What about a room or six or five floors of such work? Do such questions even matter? Would Jeff Koons have the career he has if he were not an educated white man from a middle-class middle-American background? Would such artwork be possible for someone not from such a background? What does this say about the roles of power, privilege and possibility in the contemporary art world, or in our society in general? Does it matter that in asking these questions so far I have not even broached questions of labor, production, and who in fact produces this art that has garned Jeff Koons such incredible fame and wealth? 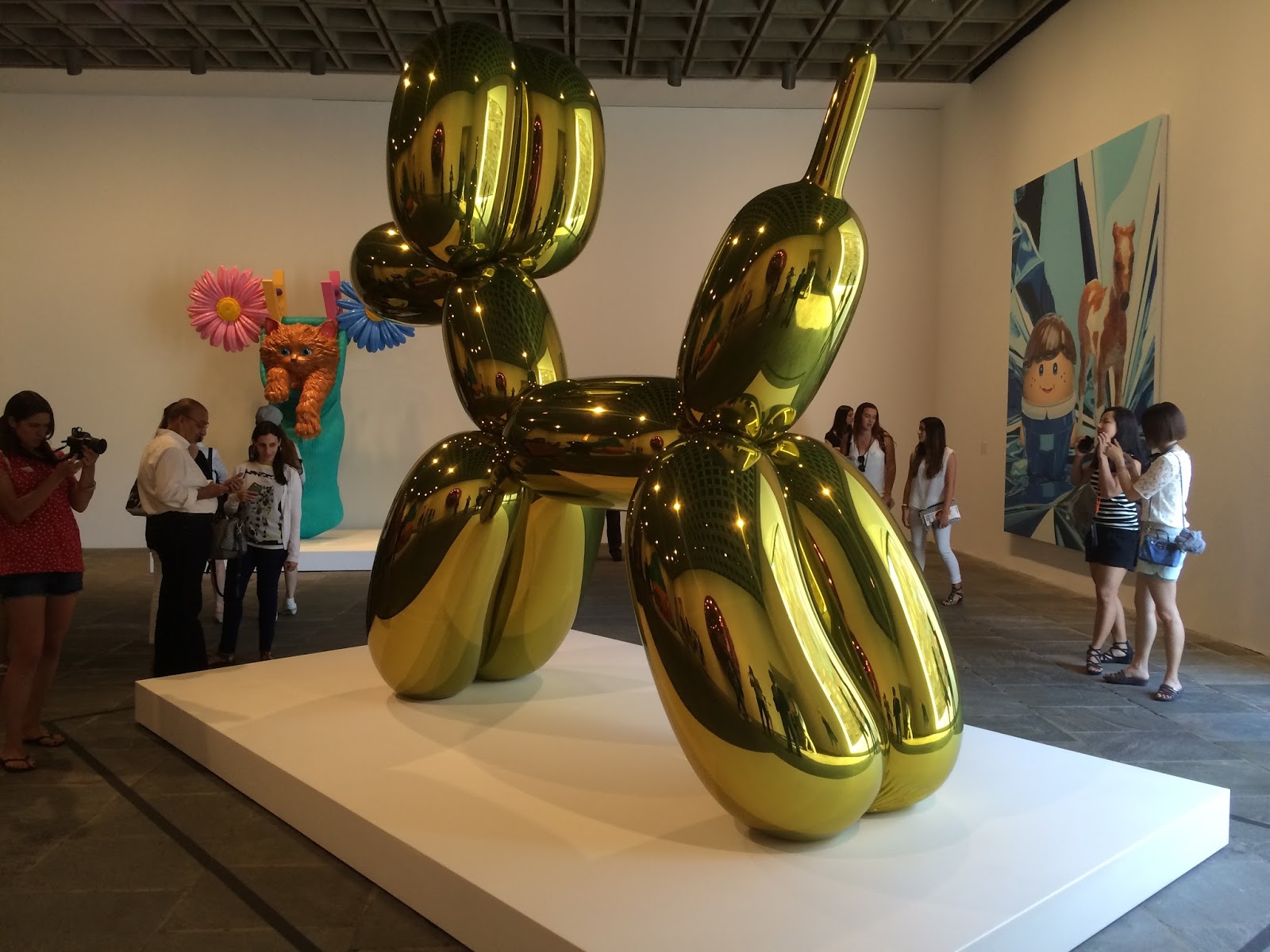 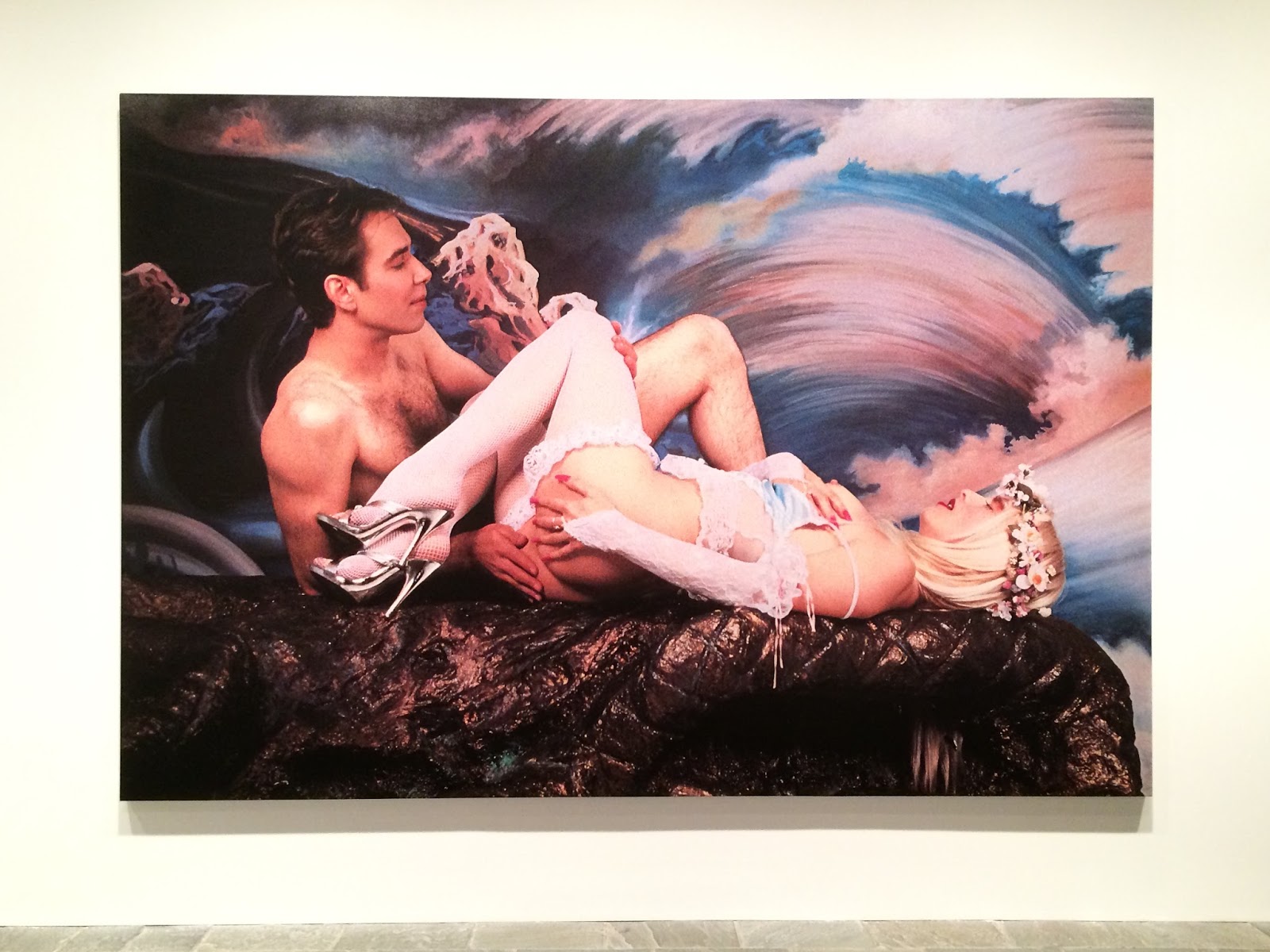 Has the shift to a digital world of images, a world not of artworks but of platforms, as David Joselit has noted in his book After Art (Princeton, 2012), rendered Jeff Koons's work, especially his pornographic images with his ex-wife*, Ilona Staller, La Cicciolina, say, more or less valid? Are there words in the English language to capture my unpleasant physical response to see Jeff Koons naked and simulating or having sex? Is it not, however, a virtue, that works of art can make a viewer like me laugh out loud repeatedly, though not with the artwork's intended meanings, but in spite of and against them? Can an artwork, even in the age of mechanical and now digital reproducibility and infinite expansion and transformation, be said, when viewed either in person or online, to have no aura, and why does this seem to hold for so many (most?) of Jeff Koons' works? 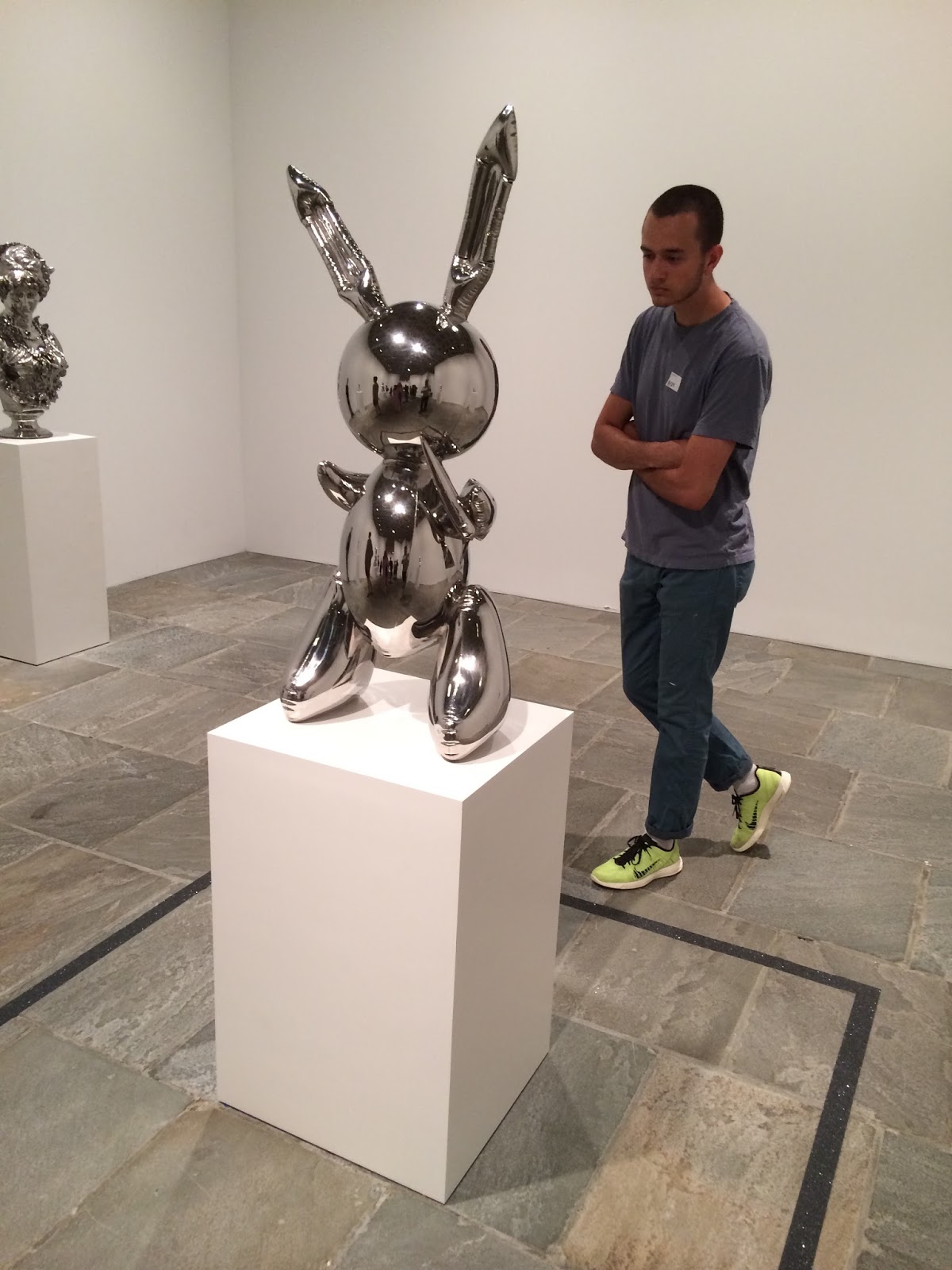 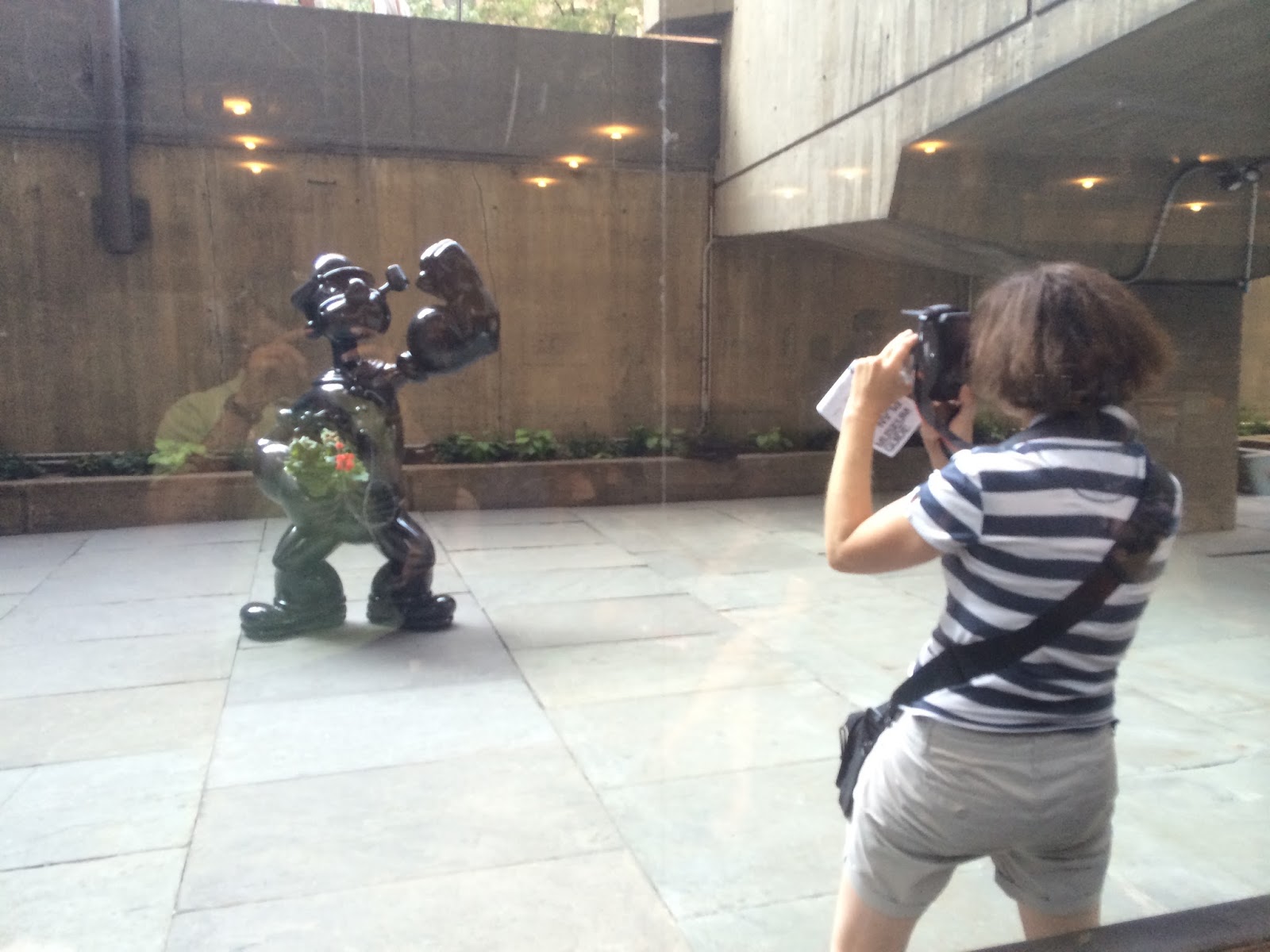 Conversely, does not the possibility of infinite digital reproducibility render certain Koons' works even more auratic? Isn't it perhaps better, to put it another way, to see them on the Internet or some other digital space, as opposed to up close? Isn't there an aura of ratchetness (wretchedness) in contemporary American life to which more than a few aspire? Isn't this a negative aesthetics but a very different one from what Theodor Adorno proposed? Isn't this ratchet auratics a poetics that suffuses so much current popular culture and American culture more broadly? In identifying it am I not also implicating myself in my enjoyment in certain forms (such as reality shows, say) and examples (Mediatakeout.com) of it? What happens when one places Real Housewives of New Jersey alongside Jeff Koons? Hasn't someone already done this? Why did the Whitney choose Jeff Koons' as its final show in its Marcel Breuer space, and what does this say about the Whitney Museum and its role and place in contemporary American and global art? Can any fields but cultural criticism and the history of art account for such an occurrence? Is Jeff Koons not the perfect artist for contemporary America, and if the answer is affirmative, doesn't this answer all the preceding questions? 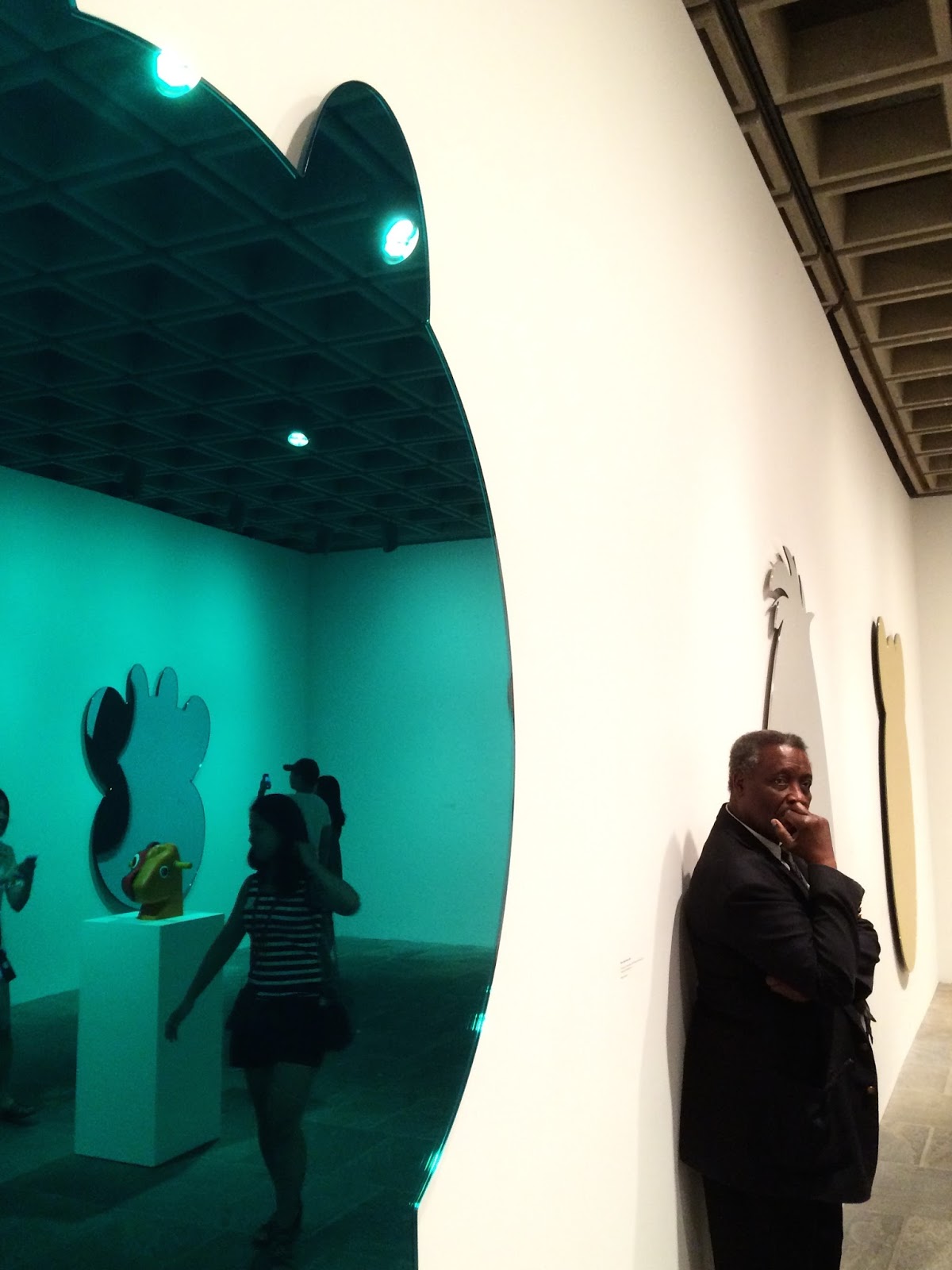 ___
* Many thanks to Andrew Blackley for correcting this error; Ilona Staller was Jeff Koons' wife, not just his girlfriend, which raises a number of related issues that Andrew also pointed out, such as:

The degree and orientation of both of their agencies shifts within their marriage - regardless of personal respect(s) or equality of sorts or means individually in that there is a more or less an ideological "fair use" clause to the body of the other, and the inability (or difficulty) of protesting against or working counter to the other or the union as a whole ( say, in court.)

And, if the above: what does that say about Jeff Koons and the rest of his "collaborations" with any number of cultur
Posted by John K at 3:02 PM