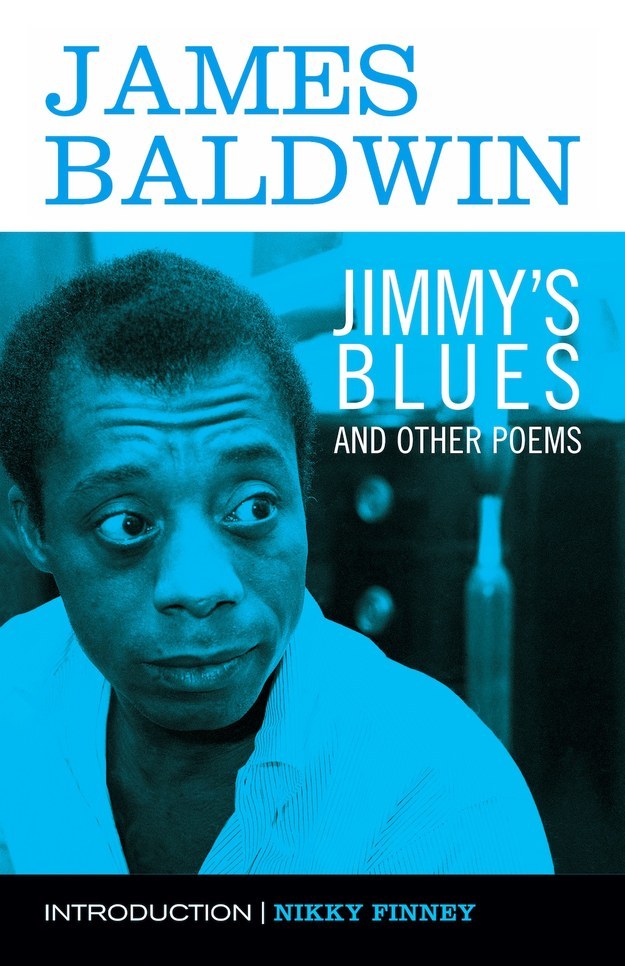 One of the treats of this year's Inter/National Poetry Month is the publication of a new collection of poems by James Baldwin (1924-1987), one of the greatest figures in 20th century African American and American literature and culture. Baldwin was an exemplary essayist, social critic and public intellectual whose vision and insights, nearly three decades after his death, still provides a vital lens for understanding our society, and a talented, pioneering fiction writer and playwright, whose courage in tackling subject matter, especially racism and white supremacy, and the complexities of black and queer lives, and whose lyrical voice, sometimes achieving a condition not unlike poetry and song, enshrine him as an important author always worth returning to.

Like many writers of prose, Baldwin loved and wrote poetry all his life. From my perusal of his 1983 volume Jimmy's Blues, I would say that he saw poetry as a way to memorialize not just moments but people, and thus among his oeuvre are some famous occasional poems, including "Sweet Lorraine," a tribute to his friend, another great, pioneering writer, Lorraine Hansberry (1930-1965). For him poetry often served as as a way for Baldwin to register the rich currents of personal and societal feeling, flashes of intellection, in and as language, without the systematic approach a writer choosing poetry as her primary mode of expression might follow. Nevertheless his poetry, as Nikky Finney argues persuasively in her introduction to Jimmy's Blues and Other Poems (Boston: Beacon Press, 2014), Baldwin's poetry merits our reading. Its rewards are multiple. To quote Finney, excerpted on the Poetry Foundation's website Harriet:

James Baldwin, as poet, was incessantly paying attention and always leaning into the din and hum around him, making his poems from his notes of what was found there, making his outlines, his annotations, doing his jotting down, writing from the mettle and marginalia of his life, giving commentary, scribbling, then dispatching out to the world what he knew and felt about that world. James Baldwin, as poet, was forever licking the tip of his pencil, preparing for more calculations, more inventory, moving, counting each letter being made inside the abacus of the poem. James Baldwin, as poet, never forgot what he had taught me in that seventeen-hundred-and-seventy-six-word essay — to remember where one came from. So many of the poems are dedicated back to someone who perhaps had gone the distance, perhaps had taught him about the rain: for David, for Jefe, for Lena Horne, for Rico, for Berdis, for Y.S.

When the writer Cecil Brown went to see James Baldwin in Paris in the summer of 1982, he found him “busy writing poems,” quite possibly these poems. Brown reports that Baldwin would work on a poem for a while and then stop from time to time to read one aloud to him. “Staggerlee wonders” was one of those poems, and “Staggerlee wonders” opens Jimmy’s Blues, the collection he published in 1983. The poem begins with indefatigable might, setting the tone and temperature for everything else in this volume, as well as the sound and sense found throughout Baldwin’s oeuvre. “Baldwin read to me from the poem with great humor and laughter,” Brown wrote in his book Stagolee Shot Billy.


Here is one of the poems from the collection, which I am reprinting from Buzzfeed.com, which originally ran three. Enjoy!