The more my workload increases, the more I find myself dreaming of books, writing, reading, blogging, immersing myself in works of imaginative writing. But there simply is not enough time. Such is the irony of my life these days, but one result is the scarcity of posts here. I don't want to quit blogging, but sometimes I fear it's too difficult to keep it up. Ah well--it's a new year, so I'll keep trying. 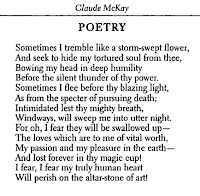 Desparapluies, one of my brilliant former undergraduate students, works at Google (I think she's still there!), and I was thinking of her and her honors project, and of the countless works of undergraduate and graduate works I've read, as well as of the vast body of literature out there, including my own modest contributions, that would pose challenges to Google's new Poetry Translation software. Poetry, even the seemingly simplest of it, gives many readers a mental workout, so you need not extrapolate too wildly to consider how difficult it remains for artificial intelligence.

But why? Poetic language in almost every language has traditionally involved prosody, figuration, rhetorical devices, rhyme and other sonic devices, allusions and symbolic registers rooted in the language and culture in which it was produced, and the overall and often intricate interplay between all of these elements, in part because it arose out of orality, for which all of these aspects of poetry are required, and while computers have been increasingly able to perform extraordinary complex intellectual tasks, including readable, often idiomatic translation of prose, poetry and poetic language entails many more potentially insurmountable hurdles.  Even the idea of paraphrasing poetry, whether in translation or not, can present difficulties; what, for example, is the paraphrase--or, to put it another way, a précis or simple meaning rendered in prose--of Stéphane Mallarmé's famous poem, "Ses purs ongles très haut....," a sonnet most likely remembered for its dazzling use of the teleuton "-yx"?

Google software engineer Dmitriy Genzel and his team presented a paper at the Empirical Methods in Natural Language Processing (EMNLP) conference at MIT this past October, in which they focused on the "purely technical challenges around generating translations with fixed rhyme and meter schemes."  Part of the team's debate has centered on the importance of preserving form and meter in translating poetry, and in his blog post Genzel cites Vladimir Nabokov arguments about the impossibility of maintaining such features, while approvingly noting computer scientist Douglas Hofstadter's arguments on behalf of trying to do so.  As anyone who has read my many poetry translations on here or elsewhere knows, I agree wholeheartedly with Hofstadter.


A Statistical Machine Translation system, like Google Translate, typically performs translations by searching through a multitude of possible translations, guided by a statistical model of accuracy. However, to translate poetry, we not only considered translation accuracy, but meter and rhyming schemes as well. In our paper we describe in more detail how we altered our translation model, but in general we chose to sacrifice a little of the translation’s accuracy to get the poetic form right.

One interesting thing to consider here is their belief in a baseline fidelity in terms of the "translation's accuracy"; one thing most translators of poetry in particular recognize, following in the wake of theorists like Walter Benjamin, is that the possiblity of perfect accuracy is an impossibility, that we can never completely capture all the nuances of the source language or recapture an Ursprache in which both languages would be equal. Something is always lost and something else is gained in the process of carrying something across. For poetic language, this raises a host of questions and issues which to which some eminent scholars and translators like Lawrence Venuti, for example, or my colleague Reg Gibbons, have devoted careers, but I will just say that in the case of some poems "translation accuracy," which is to say, semantic accuracy and fidelity, may in some cases be less important that other elements of the poem, such as rhythm, feeling, figuration, and so forth. 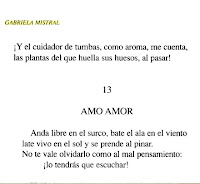 That said, I think this Google project is incredibly important, particularly because of its potential effect on translation software in general.  As I heard NPR Science Consultant Robert Krulwich noting today on All Things Considered, since so much online material is now no longer just in English, accurate translation software, especially of the kind that can minutely and subtly parse a range of languages, will open up even more material to readers all over the world, and that includes we (primary) Anglophones.  It will probably not eliminate the need for those devoted to the translation of literature, however; I can think of a host of works of literary fiction off the top of my head, not all of them formally experimental, that would give the best translation software out today a run for its money.  But in the future, who knows?

One last point about the Google poetry translator that will prove a useful tool, I imagine, for poets and others interested in digital and electronic poetries and natural language processing:


As a pleasant side-effect, the system is also able to translate anything into poetry, allowing us to specify the genre (say, limericks or haikus), or letting the system pick the one it thinks fits best.

This entire blog entry could thus become a poem, and in Urdu or Chinese, with the click of a few buttons. In a year or two, that is.
Posted by John K at 3:41 PM