Phyllis Diller, My Homegirl + Artists Battle for Home in Rio

Shortly after my parents moved us from the city of St. Louis to the suburb of Webster Groves and we joined Holy Redeemer Roman Catholic Church, I began attending its parish school. It was a little over half a mile from my house, and there was no bus service, and my parents both worked so they couldn't drive me to school, which meant I had to walk. (This was in the 1970s when such things were a matter of course.) There were two main routes to get there. One took me past a crossroads straight up a long, curving street, over which a train trestle ran--so I literally lived on the other side of the tracks, on the black (with a few white people) side of Webster--until I reached the next main cross street, Lockwood Avenue, which was the main commercial strip of Webster, and on which sat from one end to the other, the old business district (Old Webster), full of stores; the City Hall; the cinema where I saw The Exorcist and Jaws and Star Wars and countless other movies; the Y; Holy Redeemer Church and school; Webster Groves Public High School; Webster University; the Eden Theological Seminary; Nerinx Hall, a Catholic school for girls; and then, where Lockwood turned into Big Bend Avenue began the Old Orchard business district, which also had lots of shops and restaurants. That was the long but safe route. The quicker route took me across the other major cross-street near me, which included crossing a creek, then up through a maze of increasingly nicer neighborhoods, with some very large homes, including one that belonged to the family that owned the Tums factory (and I would learn, as an adult, that it was in this part of Webster that Jonathan Franzen, among others, had grown up), until I reached the back lot and playground of Holy Redeemer.

In the summers I would ride my bike up through this way; during the school year, it was strictly by foot. One of the houses closest to the playground area, on Mason Avenue, was, like the others, imposing, but my new classmates liked to point it out; I was told that it had once been a shocking salmon color. Most of the other homes in this part of Webster were white, dark green, brick, Tudor-style: classy. The house's prior outré coloring was probably apocryphal, but it stuck in my memory. I was also told, by a knowing classmate, that a famous comedian--comedienne--had lived there. I didn't believe it, but I told my parents, and perhaps they knew that this comedian was from St. Louis. I can't recall. Every so often, when I'd pass the house, I'd think of the story of it having been a sight to look at, and how now it was just another house very close to school and across from other large houses that belonged to my classmates, mostly considering how much larger they were than the houses on my side of town. (I had yet to see some of the mansions in other St. Louis suburbs that my future classmates at Priory lived in.) Years later I did learn that the house had belonged to the famous comedian, that she had lived in St. Louis, in Webster Groves, beginning in the 1960s, and that she always considered not just that house, but the area one of her true homes. I am talking about Phyllis Diller (1917-2012), one of the pioneering women of 20th century American comedy, who passed away the other day.  She gave me many occasions to laugh over the years, and the lore of her outrageously painting house is a little story to treasure that I still carry with me. I hope Webster Groves, which was famous for being so representatively middle American it was even the subject of a documentary in the 1960s (16 in Webster Groves) and the setting for a TV show in the 1970s (Lucas Tanner) too sees fit to honor this often unconventional but important figure. She gave America enough laughs, and future comedians new opportunities, to merit it.

For Rio de Janeiro to host the Olympic Games in 2016, I knew that as in every other place where the Olympics had been held, including the most recent host, London, there would be private and government battles surrounding the economically working-class and poor areas of the city, with the aim of seizing control of them, and Jonathan Watts' Guardian article "Rio artistic collective's sweet deal ends as Olympics development spreads" confirms one example, of which there certain to be many--cf. the favelas. In the case Watts describes, the 50 or so artists working in a former Bhering (Behring?) confectionary factory in Rio are fighting not to be evicted from their studios and offices, which appears increasingly likely as the city gears up for the games and a larger £21 billion ($33 billion, €26 billion) development plan. The former factory, converted over the last three years into a creative hotspot by the artists, sits in Rio's port area, one of the oldest, more run-down and most affordable parts of the city, yet accessible to all of its fashionable neighborhoods and the Guanabara Bay, making it prime real estate for the Olympics-related development. 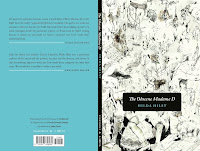 One thing the artists in this building, called Orestes 28 for its street address, have going for them is that in similar situations in other cities, such as Beijing, the site of the 2008 Olympic Games, artists in certain repurposed spaces were able to claim the mantle of being a cultural treasure and center, and were thus spared eviction and the effects of development and gentrification. The Orestes 28 artists hired a lawyer, made an appeal to Rio's government, and received a judicial revocation of the 30-day eviction order, but even with the Chinese precedent there's no guarantee they'll win out in the end, especially given Rio's lack of space, the development already underway, and the money developers and those politically connected to them stand to make both for the World Cup in 2014, and then two years later for the Olympics. As Watts notes, the artists have a front-row seat at the changes underway, which include not just a new name, "the Marvelous Port," but luxury hotels rising nearby and soon enough, new rail and roadways.  I actually know one of the writers Watt mentions, Rachel Gontijo (Araujo), a poet and publisher (A Bolha Editora), mentioned before on this blog, and for whose English translation of Hilda Hilst's The Obscene Madame D, translated by Nathanaël I have written the introduction. Rachel has been organizing a weekly happy hour at Orestes 28, which has included observing the transformation of the area, but as Watt says it's not clear how much longer this will occur.  I hold out hope, I really do, but...
Posted by John K at 11:53 PM